The City of Cape Town handed over 18 additional affordable housing opportunities to beneficiaries at its R33-million Eindhoven affordable housing project, in Delft. The project will consist of 201 housing opportunities and will benefit more than 600 of the metro’s most vulnerable residents. In August 2021, the City officially handed over the first homes in the project.

Two beneficiaries of the Eindhoven project, Ms Nelly Hector and Mr Hendrick Kleynhans were among the latest residents to receive their homes. They were delighted when they received their keys today.

Over the coming months, the City’s Human Settlements Directorate will hand over many new housing opportunities to residents across the metro. The Eindhoven development consists of free-standing and semi-detached single-storey units. 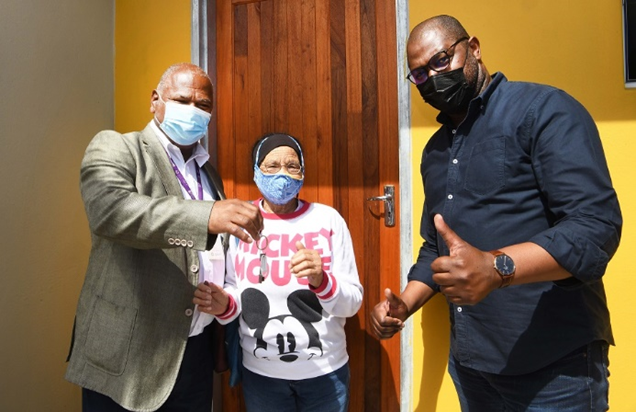 ‘We have a reason to celebrate with residents today, as we hand over 18 additional homes to beneficiaries. Thus far, we handed over 57 homes to residents in the Eindhoven project and enabled them to become first time homeowners. This project will be completed by March 2022, if all goes according to plan. 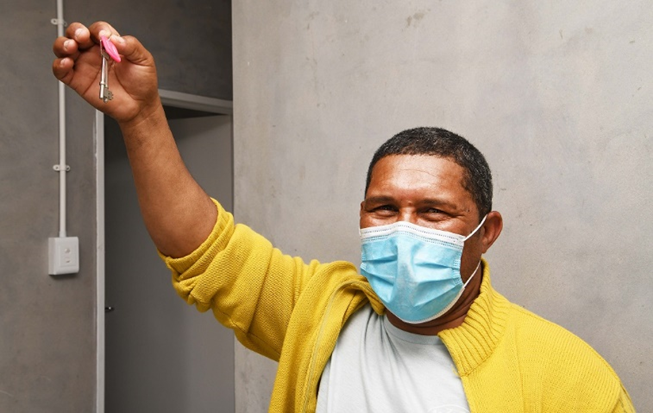 ‘The City thanks the community for their continuous support and we ask residents to assist us by protecting our projects from unlawful occupation so that many more residents can receive their homes,’ said the City’s Mayoral Committee Member for Human Settlements, Councillor Malusi Booi.

Residents can give anonymous tip offs if they are aware of illegal activity that is taking place; that has happened or is still to happen. Please call 112 from a cell phone (toll free) and 107 from a landline or 021 480 7700 for emergencies.