Adaptors can be a danger to the South African consumer

“With the array of appliances and devices that have become commonplace in today’s world, it is critical to ensure that the plugs and sockets are also changing to accommodate the more compact designs of plugs. New homes and offices should be fitted with the sockets according to the latest revision of SANS 164-0 and the different parts. We need to be aware of the improved switching arrangements of switched socket-outlets, the inclusion of the SANS 164-2, compact design for 16A plugs and most importantly the warnings that advises consumers not to use multiple adaptors, plugged into one another,” says Jodi Scholtz, Lead Administrator of SABS.

“SANS 164-0 covers the general requirements for plugs and socket-outlets and is considered the base document for all the plugs and socket-outlets systems in South Africa. Every new building should have these new SANS 164-2 type of sockets and all appliances should be fitted with the new plugs. South Africa has been lagging with the implementation of these global changes and the continued use of adaptors onto adaptors will just lead to more dangerous electricity usage and malfunctioning of appliances,” warns Gianfranco Campetti, Chairperson of the Technical Committee responsible for the development of SANS 164 series of standards.

Campetti explains that since the 1900s British standards have guided South African installations and appliances. In the 1960s British standards for plugs and socket-outlets introduced a ‘flat pin’ design, not adopted by South Africa, which continued to use the large round pin (SANS 164-1) design, still in use today. Since then there have been 21 different types of plugs introduced, of various configurations and ratings. Most buildings still contain the traditional large 3-pin sockets and this has led to an increased use of adaptors. The revisions to the standard, published in July 2020 incorporates changes in technology covered in SANS 60884-1: Plugs and socket-outlets for household and similar purposes. SANS 60884-1 is an adoption of the International Electrotechnical Commission (IEC) 60884-1 standard which also covers the general requirements for plugs and socket-outlets.

In the last few years, various iterations of the new design have been available on the market, which accommodate the following type of plugs: 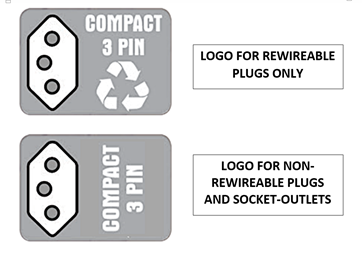 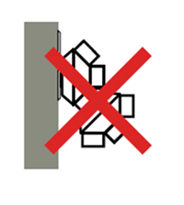 Summary of the amendments in SANS 164-0:

The TC067 SC03 consists of representatives from associations, manufacturers, regulators, power utility, testing laboratories, government departments and academic institutions. Should any member of the public be interested in joining the SC, they are welcome to submit their interest via www.sabs.co.za.

Impact to the industry:

The construction industry, electrical contractors and households needs to be aware of the amended requirements for South Africa. It is expected that new buildings will need to comply with the new standards within the time frame listed in the wiring code.