Cape Town’s mayoral committee member for transport, Brett Herron, resigned from his post and the Democratic Alliance (DA) with immediate effect last Thursday (1 November) citing a lack of commitment by the party to develop affordable housing in the inner-city. 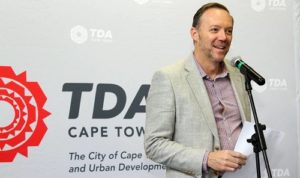 His resignation comes just two days after city council speaker Dirk Smit laid criminal charges against him and Patricia de Lille, who stepped down as mayor on Wednesday, in line with a council resolution based on the Bowmans report on alleged high-level corruption in the running of the city.

In a statement released by Herron at the time of his resignation, he described the DA as being “a lost party and a lost cause”. Herron explained he was forced into his decision by a “ cabal of white DA councillors” who apparently blocked a project in Salt River and Woodstock that was meant to deliver social housing in the city.

“I cannot in good conscience sit by and watch the party lie to the public about this‚ nor can I continue to meet with communities and promise to deliver housing when it is clear that many in the party – enough to stop projects – are opposed to the provision of well-located affordable housing‚” he said.

“Because of my push for the city to deliver more‚ and better-located‚ housing‚ I have been labelled a ‘comrade’ by some of my DA colleagues.”