Jason Ngibuini will compete for the 32nd Corobrik Architectural Student of the Year Award which will be announced in Johannesburg on 8 May 2019 after wining the regional category at the University of the Witwatersrand.

Ngibuini received an award of R10 000 while second place and a prize of R8 000 went to Benjamin Kollenberg. The winner of the third prize and R 6 000 was Suzanne Pasch and Genna Price received R6 000 for the best use of clay masonry in her project. 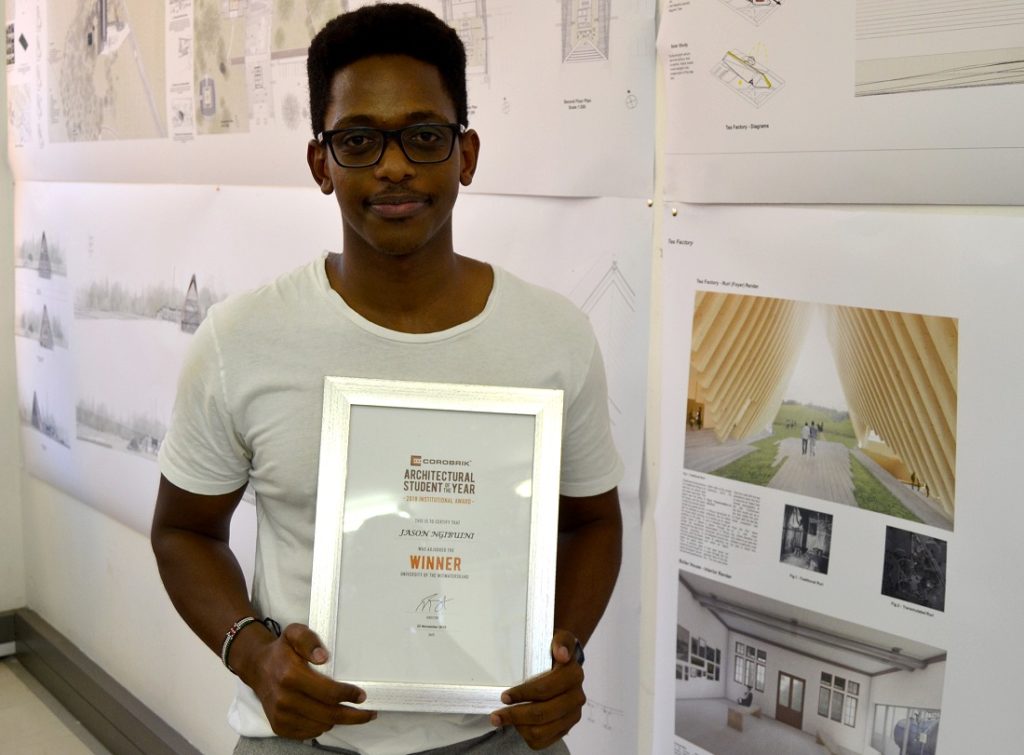 ‘With discussions around post-colonial architecture in Kenya, a focus is put on the transmutation of Kikuyu vernacular architecture to ensure the cultural continuity of skills and expertise that are bound within traditional knowledge,’ the thesis explains.

“As a leading manufacturer of clay brick and related products, Corobrik is firmly committed to innovation and excited at being at the forefront of change. Through supporting our tertiary institutions as they develop and realise new talent in the architectural space, we are essentially investing in the future of the built environment,” explains Corobrik commercial director Musa Shangase.