At the mercy of a single supplier! Where is the competition?

Bureaucratic red tape and anti-competitive practices are driving the local steel industry into the ground. What hope of economic recovery is there if we are at the mercy of a single supplier? 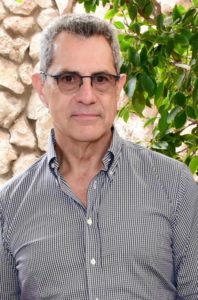 The President’s third investment conference is concluded and South Africa’s role as the gateway into Africa is being emphasised, all as part of a concerted effort to restart the South African economy after the double whammy of Covid-19 on top of years of lacklustre growth. It’s ironic that, at this very moment, our steel industry, which is crucial to fulfilling our undoubted economic potential, should be teetering on the brink of catastrophe. We still have a tiny margin of time to save it, but it is ticking away.

Not, one might have thought, a development that would support efforts to retain existing foreign direct investment and attract new investors. Before explaining how this came to pass, let’s remind ourselves how central steel is to any economy. Steel is an essential component for industry generally, and of course for any infrastructure. As a result, the steel industry creates jobs across the entire economy, not just in its own back yard.

Research by Oxford Economics[1] shows that for every USD1 of value added within the steel industry, a further USD2.50 of value is added by companies that supply services to the steel industry – and then there’s the value created by the companies that use steel. Steelmaking remains a key strategic industry for South Africa, representing 1.5% of the country’s GDP and accounting for some 190 000 jobs. ²

In short, a vibrant, innovative and competitive steel industry is a genuine national asset. And yet, if urgent action is not taken, we will certainly lose important role players within the South African steel ecosystem.

We should remember, too, that ‘beneficiation’ is frequently touted as something to be pursued in the name of economic revitalisation and job creation.

The case in point is Duferco Steel Processing, which was established as a hot roll coil beneficiation facility close to Arcelor Mittal’s Saldanha Steelworks. It is a 50% joint venture by the IDC and Switzerland-based Duferco International Trading Holdings. For 21 years, a close, symbiotic relationship existed between Saldanha Steelworks and Duferco, and the latter established a large international, and subsequently a local client base, as envisaged by the Competition Tribunal, using the hot rolled coils produced by the former. The positive impact on the local and national economies was significant in line with the global figures quoted above.

The problem began when Arcelor Mittal closed Saldanha Steelworks in early 2020. Saldanha Steelworks was its most modern hot rolled coil plant, and a convenient 3km away from Duferco. Not only were 1 000 direct jobs lost, but another estimated 1 800 to 2 200 indirect jobs from supporting activities were also lost. The impact on Duferco was existential; the plant now had to rely on Arcelor Mittal’s aging Vanderbijlpark plant, located 1 400km away, for the supply of raw material. Aside from the added transport costs, this plant did not provide the reliable supply of product required by Duferco, impacting on its operations and ability to supply customers.

Re-rollers could theoretically import the raw material but since 2017 it has been subject to ‘safeguard duties’, in addition to normal customs duties, designed to protect Arcelor Mittal. In return, Arcelor Mittal was bound to adhere to certain conditions, among which were to preserve jobs, not close any plants and become internationally competitive – conditions it has clearly failed to meet. The duty on imported steel makes it uneconomical and would effectively mean Duferco would run at a loss.

It is clear that the closing of Saldanha Steelworks represents a fundamental structural change to the supply of hot rolled coil steel in the South African market. Despite its best efforts, Duferco has so far been unable to secure a viable continuation of supply from Arcelor Mittal for its raw material to sustain its operations. Without the necessary urgent intervention by Government, South Africa’s downstream industry is almost guaranteed to suffer great harm caused by a single source of supply with unpredictable reliability and no other feasible alternative.

A further complicating factor is that Arcelor Mittal has its own downstream operations, making it both supplier and competitor in the downstream sector.

To find a way out of this impasse, Duferco lodged an urgent application with the International Trade Administration Commission (ITAC) in July 2020 to request a rebate on the customs and safeguard duties on imported hot-rolled coils in order to enable it to access this essential raw material at competitive prices. This would allow Duferco to operate sustainably.

The need for urgency was driven by the fact that importing requires a two-to-three-month lead time. Unless a practical, easy-to-administer rebate is launched very soon, the downstream steel sector will be gradually strangled. The next step, for Duferco at least, is to reduce its operations, resulting in more job losses in the Saldanha Bay area, which is still reeling from the loss of Saldanha Steelworks. This is just the first step towards a complete restructuring of Duferco in an effort to avoid total closure.

Another irony is that these job losses will occur in an area into which the government is pumping billions in order to create jobs. There seems to be disconnect between reality on the ground and government’s vision of greater private sector investment and job creation.

The job losses would be bad enough, but perhaps even more severe is the loss of economic capacity that will not be easily replaced.  Efficient markets require competition, and when innovative re-rollers like Duferco disappear, our local steel industry will become less effective. South Africa’s deindustrialisation does not only lead to the loss of companies but also of skills and capital, both of which will migrate to where they can be used. We saw this happen when our larger construction companies went to the wall. If that happens to our re-rollers, it’s not just the steel industry that will suffer – it will place our chances of economic recovery in jeopardy.  South Africa’s attractiveness as an investment destination would be reduced, with an inevitable effect on both existing and potential investment.

There is a tiny sliver of a window to save our re-rollers and what remains of our steel industry: we implore government to listen.