The construction industry can play a critical role in helping address the recent hard knocks to the South African economy, but it needs the willingness and, more importantly, the action of all stakeholders to succeed, writes Andrew Skudder, RIB CCS CEO. 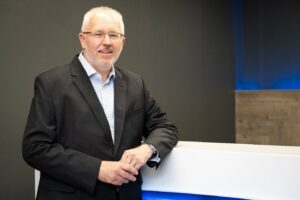 This was the overwhelming sentiment at a recent conference hosted by Construction Alliance South Africa (CASA) and headline sponsored by RIB CCS. Participants explored construction industry challenges and possible solutions aimed at creating jobs and boosting the economy.

The construction sector is one of the most important sectors worldwide, representing about 13% of global employment. In South Africa, this figure is about 8%, painting a bleak picture for the industry and the economy as a whole.

These confidence levels underscore the urgent need for Government to boost the industry – and economy – by releasing more infrastructure projects.

What happened to PPPs?

Given the state of the country’s public finance environment, it needs to look to the private sector for support. Public-private partnerships (PPPs) have a proven track record in unlocking infrastructure development in South Africa, as evidenced by successful mega-projects such as the N3, N4 and N2 highways, as well as the Gautrain commuter rail system.

Since the Gautrain, however, PPPs seem to have fallen away, other than several housing projects. This is a cause for concern as these types of partnerships are key for the industry to move forward. And, of course, private sector players need to be assured of a decent return on their investments.

What makes PPPs particularly successful – in addition to the funding scenario – is that they are more likely to be delivered on time and within budget because the construction contracting partner is usually a participant in the PPP and has an equity stake in the partnership. Inherent in this relationship is better risk sharing, because any budget overrun will result in a contractor penalty as well as the penalty that goes with being a shareholder in the PPP.

Plans without action are futile

South Africa is excellent at planning and generating great ideas, but the country falls short when it comes to actual implementation. One of the key themes at the CASA conference was the need for action, with many industry body members pleading with government to enhance its implementation of the Expanded Public Works Programme, which has the potential to significantly boost employment.

This is a matter of extreme urgency, given the current state of unemployment in South Africa, which Statistics South Africa pinned at a record high of 34.4% in the second quarter of 2021, up from 32.6% in the first quarter of the year.

Conference participants highlighted the need to protect local construction companies, not from a competitive perspective, but rather from an employment perspective.

This is because local construction companies employ local people – the industry does not want to see South Africa follow the lead of many other countries in Africa where investment from other countries comes with strings attached – especially when it comes to the investor country’s people delivering the projects.

Hand in hand with this is the clear need for a more consistent pipeline of projects. This is undoubtedly one of the biggest failings in South Africa at the moment. Australia is a good example of the continuous flow of projects. The country has established long-term plans relating to infrastructure spend and projects are rolled out slowly, but surely, one after the other.

This ensures a continuous supply of projects, which means companies can continue to invest in training and development of their own employees and sub-contractors – creating an effective, efficient and competitive construction industry overall.

A thriving construction industry has a direct and indirect impact on the economy.
Directly, it allows the country to dramatically increase employment, especially for unskilled and semi-skilled people. In addition, it creates demand along the entire construction value chain, creating a massive multiplier effect for the economy and once again creating more employment opportunities.

The indirect benefits hinge on the significant impact the construction industry has on socio economic development. Efficient infrastructure – whether it’s road, rail or ports – can handle more volume and facilitate trade flow.

Increasing the capacity of certain assets such as schools, hospitals and housing developments translates into a better quality of life and wellbeing for South Africans, as well as greater confidence in the future of the country.

Investment in productive assets such as mines means there is more revenue from mining activities – more construction and greater industrialisation – all which lead to economic growth and a positive contribution to GDP.

Considering the potential of these direct and indirect impacts on the economy, the time to act is now. South Africa requires bold moves by the Government and other key players in the industry to turn the tide on economic decline.