The City of Cape Town invites residents and stakeholders to join an online meeting where we will report back on the progress with the Public Realm Study for District Six and introduce the community’s nominated ‘caretakers’ for the design process. The online meeting is happening on Thursday, 2 September 2021. 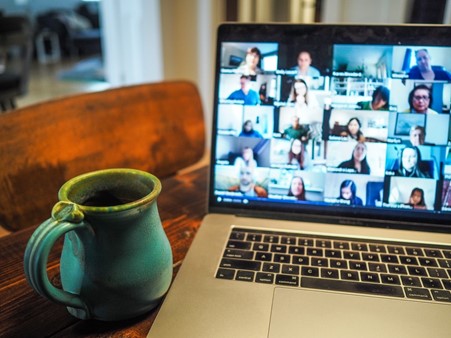 Over the past seven weeks, the District Six community submitted nominations for representatives to participate in the Public Realm Improvement design workshops. The representatives are from various groups, communities, interested and affected parties, and stakeholders and will be introduced to the public at the virtual meeting.

The meeting will take place as follows:

District Six community ‘caretakers’ and the consultants will be collaborating in shaping the design guidelines of the public spaces and street fronts and will identify the first projects for implementation in District Six. The caretakers will represent their constituencies in a series of six face-to-face co-design workshops, the first of which is planned for mid-September.

‘The City is excited to introduce the caretakers to the public. They will be pivotal to this process and will contribute and speak on behalf of those who have nominated them. I want to thank the caretakers upfront for making the time to participate, and for giving feedback to their constituencies. Normally, we would have involved as many people as possible at these workshops but unfortunately, we are obliged to limit the numbers due to Covid-19. Thus, although this is not ideal, we will do everything possible to ensure our collaboration with the caretakers is meaningful, vibrant, dynamic, honest, transparent and authentic. We will also make use of technology to inform the public about the progress and ideas as the process unfolds,’ said the City’s Mayoral Committee Member for Spatial Planning and Environment, Alderman Marian Nieuwoudt.

The consultancy team working on the public realm consists of experts in urban design, architecture, heritage, landscaping, and town planning.

The design workshops will be recorded and shared with the wider community to get their input as well. This will eventually feed into design guidelines – the look and feel – of the public open spaces in District Six.

Questions can be directed to the following email address: D6.publicrealmstrategy@capetown.gov.za.

Last year the City, together with residents and interested parties, embarked on a journey to refine the overall spatial vision or Local Spatial Development Framework (LSDF) for District Six. The Public Realm Study will inform the draft LSDF that will be available for public participation and comment within the next few weeks.

The LSDF and related Public Realm Study are aspects that the City can implement. They are separate from, but will enhance, the housing project of the National Department of Agriculture, Land Reform and Rural Development that is currently under way as part of the restitution process.