The November/December issue of SA Affordable Housing will feature Insurance and Risk Management. To whet your appetite, we continue with a few insurance tips: 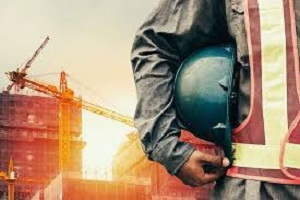 Sub-contractors are so desperate for work that they often don’t read what may be a whole page full of onerous terms and conditions. Image credit: Consort

One of the biggest concerns that contractors have with underwriting is the quantum of the deductible (or excess), as well as misunderstandings as to what a single or multiple claim is, says Maritz. The deductible is sometimes so high as to make the cover meaningless in the case, for instance, of storm damage.

“The size of the deductible must be transparently stated in the policy – and contractors must understand and take note. This becomes an issue where the employer takes out the insurance and the deductible applies to the contractor. In that instance, the contractor should qualify the contract that he will rather take out his own insurance and can negotiate it with his underwriter. He should also qualify his tender for the project,” says Professor Maritz, Acting CEO of the JBCC.

“Another point which contractors often misunderstand is that each and every claim carries a separate deductible.” He gives the example where on three separate occasions the wind blew off the side-cladding of a building and the contractor thought he could make a single claim. In fact, the excess had to be paid three times.

Maritz lists another area of confusion as being latent defects. “There may be a defect which was not evident at the time of project completion but reveals itself as a roof leak for instance only when the first rains come. By this time the home may be occupied, and the occupant suffers damage to his or her personal furniture and electronic equipment. Who’s responsible to pay for what? If it had rained before, the defect would have been picked up and the contractor would be responsible. The loss must be very clearly distinguished between the works and the personal belongings, with the latter being the responsibility of the tenant or owner, under his own insurance policy. The contractor will not be responsible for the computers and other household belongings.

Maritz emphasises that this is another reason why a contractor should be professionally advised by an experienced broker, as he may otherwise not be insured, may be under-insured or have a claim declined for incorrect information at the time of underwriting.

The case of damage done to a sub-contractor’s work, say a plumber, by subsequent workers such as tilers, is not typically an insurance claim but is covered under the contract and is claimable from the other sub-contractor. “The onus of proof is always difficult,” he says.

“These issues are always contained in the contracts and duly signed. The problem is that sub-contractors are so desperate for work that they often don’t read what may be a whole page full of onerous terms and conditions. Sub-contractors are in a difficult position at the moment. Contractors tender as low as possible to get work, and then force sub-contractors into onerous conditions to try claw back some of the profit,” he says.