But any recovery is dependent on government tenders being adjudicated and awarded.

The prospects for South Africa’s JSE-listed construction companies are looking brighter than they have for some time, particularly with the government making commitments towards infrastructure expenditure and reporting that the Infrastructure Fund has a R700-billion project pipeline over the next 10 years.

However, the extent of the devastation caused to the heavy construction sector by a number of issues has resulted in only a few of the companies remaining having sufficient capacity to undertake major infrastructure contracts. This devastation has been caused by issues such as the lack of work, including major government infrastructure projects, late- and non-payments by government entities, the disruption caused to projects by the so-called ‘construction mafia’ and problematic and loss-making contracts. 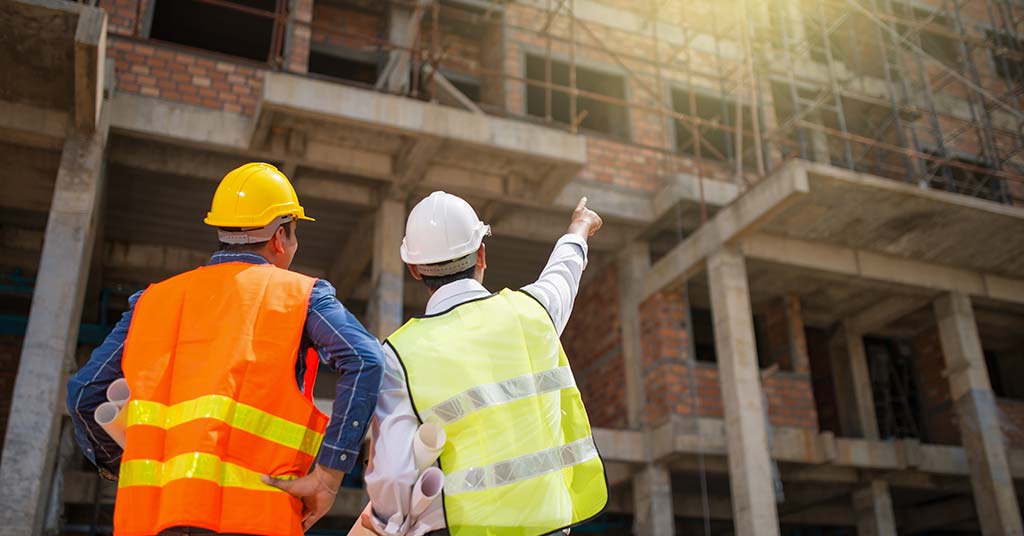 It has been exacerbated by a host of listed construction companies experiencing serious financial difficulties and some entering into voluntary business rescue processes, including Basil Read, Group Five and Esor, while both Aveng and Stefanutti Stocks have experienced serious financial problems.

Other companies in the sector, such as Aveng and Murray & Roberts (M&R), have sold their South African construction businesses as part of strategic reviews. This has arguably left WBHO and Raubex as the only remaining companies in the heavy construction sector with the ability to undertake major infrastructure projects.

Raubex has in recent years diversified from its focus on road construction, refurbishment and maintenance, toward infrastructure and filling the gap left by other financially-distressed construction companies.

Raubex added that the improvement in operating performance is attributable to the positive effect from the rightsizing initiatives undertaken in the previous corresponding period in the roads and earthworks division, as well as an increase in activity in the infrastructure division. The company expects to publish its annual financial statements in May.

WBHO chief executive Wolfgang Neff last week described the group’s financial results for the six months to December as disappointing. It reported a further provision of AUD20-million for anticipated costs to complete the Western Roads Upgrade (WRU) in Australia and an AUD12-million provision for expected future losses on a problematic building, also in Australia.

But these improvements followed WBHO making an unprecedented AUD50-million loss provision in the previous corresponding period for the WRU project, which significantly negatively impacted its financial results for that period.

“This, combined with historic low levels of public spending from both government and SOEs (state-owned enterprises) struggling under debt constraints, has seen the construction industry endure its worst slump in decades,” he says.

However, Neff says reduced capacity within the local industry has allowed WBHO to maintain activity levels over the short term and the recent emergence of increased public spending from the more stable SOEs highlights a promising pipeline of local work for certain divisions.

They include two tenders for ​Airports Company South Africa projects worth a total of R4.5-billion, at Cape Town and OR Tambo international airports, a R5-billion project for Transnet at the Durban harbour and tug jetty, an R8-billion Sanral contract for the N3/N2 Corridor and a further R30-billion of road construction and rehabilitation projects for Sanral.

Neff said bids have also been submitted for projects for Eskom at the Majuba and Kendal power stations.

He believes it’s critical for the government to ensure confidence is restored, and the private sector is ‘coming to the party’, by increasing infrastructure expenditure.

But Ter Mors said most of the expenditure possibly coming for adjudication soon is for roadworks and SOEs such as Transnet, Eskom and Sanral.

“Those seem to be the main triggers in the short term for a recovery in public sector spending on infrastructure.”

He says the prospects for the construction industry will be more difficult to achieve in the longer term, adding the R700-billion infrastructure expenditure programme is in SBG Securities’ view nothing more than a centralisation of public sector money away from municipalities and provinces and not new money. “The kind of large-scale projects that are possibly part of the R700-billion funding or can benefit from this funding are actually all still at pre-feasibility stage and we think it will take many, many years before they are bankable and the shovel can actually be put in the ground to start spending that type of budget,” Ter Mors says.

He believes WBHO, Raubex and M&R are the companies that are likely to benefit most from the improved prospects, although M&R is now a global play, particularly in oil and gas, petrochemicals and related expenditure. He said SBG does not cover Aveng because it’s now ‘a penny stock’.

David Fraser, executive chair of Peregrine Capital, says SOEs such as Sanral have to take some responsibility for what has happened in the construction sector, although the construction companies are certainly not blameless.

Fraser says the SOEs were a consistent and reliable provider of work over an extended period of time and withdrew this work for several years. This forced construction companies to look elsewhere and perhaps take business risks they otherwise would not have done, while the construction mafia has also negatively impacted the industry.

“WBHO has always been the real A-team but looking at their results, even they have their issues. But they seem to have been contained to Australia.”

Fraser says there is a distinct lack of partnership between clients and contractors, whereas in the past they had a far more mutually-beneficial type of relationship. “But I think the terms of trade have moved so much towards favouring the client and whatever happens, the contractor seems to be on the hook.”

He believes construction companies have fallen down in the allocation of risk, which for shareholders has been an ‘absolute debacle’. “If you go back, it’s rights issue after rights issue, whether it’s M&R, Group Five, Aveng. They have all had rights issues. Shareholders have had to put continual money behind these businesses, and they are left with basically nothing. It’s really been a continued story of shareholder value destruction. That is the problem right now,” he says.

Fraser says tenders that have been issued need to be adjudicated and awarded quickly to get the country working again to stimulate the economy and create some employment. Fraser believes that WBHO and Raubex will benefit the most from any improvement in the industry.

Metelerkamp says alarm bells should be going off for the private building industry.

According to Statistics SA, the square meterage of building plans approved in 2019 reduced by 11.1%, compared with 2018, he said.

“This is the worst the data reads since the aftermath of the global financial crisis … there were big contractions of 27.4% and 11.6% in 2009 and 2010 respectively,” he said in Industry Insight’s latest newsletter.