The South African Institution of Civil Engineering (SAICE) calls on the South African government to clearly define the steps needed to stimulate the local economy and improve skills and capacity building in the public sector; while also highlighting its concerns on the country’s increasing debt following the budget address by Finance Minister Enoch Godongwana. 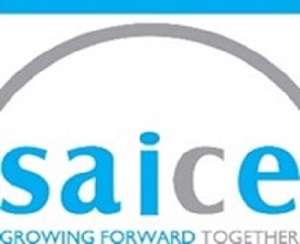 SAICE CEO Vishaal Lutchman explained that while the Minister alluded to the fact that growing the economy was work in progress, there was no concrete plan that highlighted how this would be done.

“South Africa does not have the luxury of time. Some initiatives are more than a decade old and have not yet been actioned. Several factors require a clear strategic outline, such as how government will capacitate the state, economic growth in the face of current socio-economic strife and the effect of the 2022 projected GDP growth of 2.1 percent, according to National Treasury.”

SAICE president, Prof Marianne Vanderschuren, explained that one of the reasons for the lack of service delivery in the country is the result of human capacity challenges in municipalities. “The Minister did not elaborate on human capacity building. The responsibility to implement civil infrastructure and services is, to a large extent, carried by municipalities. Investment spending in South Africa decreased from an average of almost 30% of GDP in the early 1980s to about 16% of GDP by the early 2000s. In effect, South Africa has missed a generation of capital investment. Although the Minister is increasing infrastructure spend, there is no mention of building human capacity to oversee the implementation and maintenance of this infrastructure.”

Lutchman concurred that there is an urgent need to improve skills and public sector capacity. For example, he explained that much work has to be done in South Africa’s water sector. “We welcome the direction given by the Minister of Water and Sanitation, Senzo Mchunu in making the necessary changes for growth through the appointment of highly skilled individuals.  SAICE gives much credit to the Minister for inviting us to the National Water and Sanitation Summit held in February. The Minister focused on getting consensus on the main items that need to be addressed, as well as the timelines and the resources required.”

SAICE, through its National Office and Water Division, can support the capacity building of the water sector by identifying available skills in the water practice area; provide courses on water and sanitation; provide technical notes on specific problems that need to be solved; review and comment on working papers; connect stakeholders in the practice area; host discussion forums and webinars to highlight priorities and make think-tank forums available to government. “We have the capacity to assist across various sectors in South Africa and work with government to plan the infrastructure needed to secure the economic growth that will support and sustain future generations,” stated Lutchman.

Minister Godongwana stated that this year, government debt reached R4.3 trillion and is projected to rise to R5.4 trillion over the medium-term; while it incurs large debt-service costs; averaging R330 billion annually over the medium term expenditure framework.

Prof Vanderschuren added that the money allocated for debt servicing could equate to  building approximately 3 million RDP houses a year, or provide an infrastructure catalyst budget that is fifteen times larger than what is currently in place.

Lutchman further explained: “Government borrowing and debt servicing costs are very high. Debt stabilisation is mentioned as ongoing, year-after-year, but there is no feasible ability to do so – which is further exacerbated by downgrades. South Africa has to start creating value in new markets as our resource-based economy has to transform.”

Meanwhile, SAICE welcomed government’s call for “procurement processes to have integrity, provide value for money, and be free from interference from politically connected persons and bidders,” as well as “taking bold steps to improve state capability and reduce the scope for procurement corruption.”

Lutchman concludes: “One of the main risks is perpetuating the status quo as it applies to corruption in the supply of goods and services to the government. It is clear that if we don’t eradicate corruption immediately, we will not be able to attract the skills and funding needed to be redirected to infrastructure.”