Eastern Cape residential rentals on the cusp of growth

Despite less than 300km separating the Eastern Cape cities of East London from Gqeberha (formally Port Elizabeth), the contrast in the residential rental property market could not be more significant. The areas these cities cover create a multi-polar economic situation that is shaping the future of development in the province. 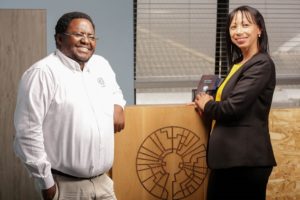 “In the pre-pandemic days, East London had an active retail economy. This is hardly surprising given that the former has three levels of government based there – provincial; district; and metropolitan. And even though East London has a good base of government employees, the manufacturing sector has also been driving investment growth – with Mercedes Benz producing its C-Class vehicles for right-hand drive markets there,” says Letlatsa Lekhelebana, portfolio manager for the Eastern Cape tuhf.co.za . “For now, the demand in East London seems to be holding. But we will only get a clearer picture once new stock becomes available.”

Gqeberha, by contrast, was already experiencing a shutting down of economic supporters in the area. Examples include a tyre manufacturer that closed, Aspen Pharmacare reducing its production lines, and one of the big five accounting firms closing its offices. Sadly, things have been exacerbated in the wake of the pandemic.

“This certainly has negatively impacted the rental market resulting in high churn as people have to vacate their flats due to the economic pressures. Though, as the Transnet National Ports Authority is planning to move  its head office from Johannesburg and Durban to Gqeberha it is expected that this will bring approximately 400 new families into the city that will provide a significant boost to the rental market – and hopefully is a sign of more things to come to the city,” Lekhelebana adds.

Velda Derrocks, regional manager for the Cape region at TUHF, says that despite the challenges in Gqeberha, with a new coalition government that has been established in the lead up to the pending municipal election, there appears to be a lot of optimism brought about by the change. “Town planning for the area has always been effective, but like all municipalities, things were a bit slow due to people working from home in the earlier phases of the lockdowns and Covid-19 restrictions.”

“Contributing to this optimism is the potential for student rental accommodation in Gqeberha, as the demand for student rentals in Gqeberha remains as high as in East London,” says Derrocks. “East London on the other hand continues to have good demand for residential units, and it is worth noting that we have achieved 100% let-up of a 46-unit development in Belgravia, essentially at the peak of the second wave of Covid-19 infections. This clearly indicates demand for well-located well-operated, clean, and affordable housing units. In fact, we are also working with a client on a new development in East London that will be completed soon and offering approximately 108-units. Once completed, the pace of let-up of this development will also tell us exactly what the market demand is now – and towards a post-Covid future.”

“Furthermore, developments in the inner-city will continue to be driven by demand for student residents. As such, the local government must do everything it can to ensure it is an attractive space for students by getting rid of vagrancy and reducing the amount of crime in the area. We also anticipate demand in areas closer to the industrial districts like Sydenham and Sidwell,” says Lekhelebana.

Additionally, TUHF will be looking at other development corridors closer to the universities and campus areas such as the Medical School of the Nelson Mandela University and other areas such as Algoa Park.

“From an East London perspective, we will continue to operate in those areas that have offered us solid opportunities. Other potential areas for development include the West Bank, Chiselhurst, and Cambridge for residential units,” adds Lekhelebana.

Lekhelebana says that in these unusual times, TUHF remains committed to keep on engaging with clients and developers. “Despite the challenges that physical and social distancing requirements can pose on being able to regularly engage with clients in a face-to-face setting, for example, as a business we were able to quickly adapt to working remotely and conducting our daily operations and client engagements etc. through more digitally driven means.”

“We used to host functions for our clients in the Eastern Cape and invite associated professionals like engineers and quality surveyors to expand our network in the market. Obviously, this is not possible now, at least not on the same scale, and we have turned to using online video conferencing to overcome the limitations of lockdown regulations. Of course, we will always be reliant on word of mouth and the relationships we have in place with a myriad of professionals in the area,” says Lekhelebana.

The key message TUHF wants to get out is that it remains open for business despite the external forces shaping the market.

“We are a sensible, profitable business anchored on the concept of massive-small, where we accommodate small players in the sector with a significant amount of residential stock. We will continue to do business but will remain mindful of the new conditions and requirements that this will entail,” he says.

Derrocks agrees. “For both East London and Gqeberha our message is clear. We will always look for potential and scope the business case according to the requirements of the specific residential node. Again, this is where our ethos of massive-small comes in to play. TUHF will never concentrate its risk in one area, but rather do several smaller projects that collectively have the potential for greater or massive impact. We will continue to back entrepreneurs with solid business plans and give them the scope to grow where there is market demand. If the entrepreneurs show an ability to execute, we will support them,” she concludes.