Now more than ever, women are redefining pathways to power, re-architecting industries, sparking movements, and solving the most pressing problems of our time.

Despite this, much more effort is required to address the issues that result in gender-based pay inequity in corporate South Africa, says Lindiwe Sebesho, Executive Committee Member of the South African Reward Association. 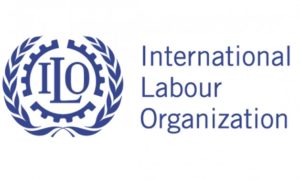 “In light of women’s month, we find ourselves having to once again put a spotlight on where we are going wrong when it comes to this topic. We hope this will encourage reflection so that corporates who want to be a foundation for the innovation that those with a truly diverse and inclusive workplace, can take due action” says Sebesho.

According to the ILO Global Wage report’s 2018/19 statistics, women continue to be paid 28% less than men. The report covered 70 countries and 80% of wage employees worldwide. An even more alarming statistic is that South Africa has the world’s highest wage inequality overall.

“South Africa’s history and legacy resulted in exclusionary policies, which is why the Employment Equity Act 55 of 1998 was introduced. The responsibility of reducing inequality in wage distribution as well as protecting and advancing persons who were disadvantaged by unfair discrimination lies with employers. Providing equal pay for men and women doing equal value work is an important step on the path towards a fairer South Africa,” says Sebesho.

The ‘motherhood penalty’ refers to research that shows that women see a significant reduction in earnings after having children, something that men are not subjected to. The magnitude of the drop in women’s earnings vary from country to country, but research has found that there is a high correlation between the intensity of cultural expectations of women to stay at home with children and the degree to which they experience the motherhood penalty.

“There is still a lot of unconscious bias in how we treat mothers, with men enjoying an income boost when they have children and women earning an average of 10% less for each child they conceive,” says Sebesho.

Research has indicated that working moms are actually more productive workers. Despite this, there are many managers who avoid hiring younger women to get around maternity leave and the belief that women ‘aren’t as good at their jobs’ when they return.