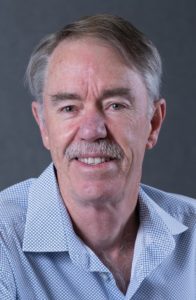 Bryan Perrie, CEO of Cement & Concrete SA, has been awarded Honorary Membership of the International Society of Concrete Pavements (ISCP).Image by CEMCON

For several decades now recognised as a global authority on concrete pavements, Perrie was informed by ISCP president, Jacob Hiller, that he was being honoured for his service to the concrete pavement industry and that the accolade would place him in a select group of only 25 concrete pavement innovators worldwide to have received the distinction. The award was made during the September 27 opening session of the ISCP conference, attended by delegates from 30 countries.

Dr Peter Taylor, Director of the National Concrete Pavement Technology Centre at Iowa State University, told the ISCP conference that few people had done as much for the cement and concrete industry than Bryan Perrie. “He simply understands cement and concrete, how to make it work in practice, and is skilled in so many aspects of the business world: manager, technical expert, mentor, innovator, negotiator, and hands-on colleague. Bryan has also worked hard to make ISCP more of an international organisation.”

Perrie, in accepting the award, said he was honoured to be included in a group of “legends in concrete paving”.  His first involvement with ISCP, formally established in the USA in 1998, was at the Society’s seventh conference in Orlando in 2001 which was tragically disrupted by the events of 9/11. As ISCP member, he has attended all subsequent conferences and has served as board member and past Vice President of ISCP.

“When I first became involved with ISCP, it appeared to be a largely USA society. I tried in a small way to encourage more international involvement and persuaded ISCP to have a Board and ‘S.A. safari strategy meeting’ followed by a two-day conference in Johannesburg, in 2007. Since then, ISCP has broadened its reach to include involvement in conferences in China, Australia, Europe, and South America,” Perrie said.

“I personally have benefited significantly from my involvement with ISCP in the promotion of concrete pavements in South Africa and have persuaded a number of local colleagues to attend various ISCP conferences since 2001,” he stated, adding that concrete pavements are steadily gaining wider acceptance in South Africa with about 1.5 million cubic metres of such pavements currently planned for the Durban area.

Perrie is – with the late Louis Marais – co-author of the definitive technical handbook, Concrete Industrial Floors on the Ground, and, with Dr Pieter Strauss and Dr Martin Slavik, developed the mechanistically and risk-based cncPave design method for continuously reinforced concrete pavements, which Perrie presented at the ISCP Orlando conference, and is still the standard for concrete pavement design in South Africa.

After obtaining his BSc (Eng.) Civil and MSc degrees from the University of the Witwatersrand, Perrie joined the Portland Cement Institute (later to become The Concrete Institute and now CCSA) in 1984. He is a Fellow of the SA Academy of Engineering, and a member of the SA Institution of Civil Engineering, the UK Concrete Society, UK Institute of Concrete Technology, and American Concrete Pavement Association.