How land reform can influence developers – or not

With talk of land expropriation in South Africa dominating headlines and making investors uncomfortable – not to mention catching the attention of US president Donald Trump – president Cyril Ramaphosa has penned an op-ed (opinion editorial) to try to calm concerns around the state’s plans. 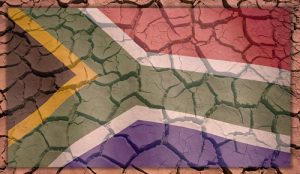 As with government’s National Health Insurance scheme, one of the biggest criticisms with the state’s handling of land expropriation without compensation has been the lack of clarity around how it will be implemented.

This has led to a degree of panic among farmers – who have had to deal with so-called ‘leaked list’ of targeted farms amid EFF-led land grabs – and lingering uncertainty among investors and economists.

Contrary to Ramaphosa’s stated goal of not letting land redistribution affect the economy, government’s dragging of the subject without clarity has actually been an underlying factor in the continued volatility in local markets.

This was pushed to another level last week, when Donald Trump waded into the land debate on his favoured soapbox, Twitter, saying that the US government would study ‘land seizures’ and farm murders in South Africa – sending markets into yet another spin.

Whether prompted by Trump’s utterances or by the growing need for clarity, president Ramaphosa took to the media to point out where everyone is getting the state’s land expropriation plans wrong.

A planned amendment to the constitution is still work in progress, with public hearings on the matter concluding this month.

Here are some highlights from the president.

There are no land grabs

First and foremost, Ramaphosa stresses that there are, and will be no state-sanctioned land grabs. While the Economic Freedom Fighters (EFF) actively encourages the illegal occupancy of private land, government’s plans are not to take part in or encourage illegal activity.

“The ANC has been clear that its land reform programme should not undermine future investment in the economy or damage agricultural production and food security,” Ramaphosa says.

The government has also explicitly stated that it would act against anyone who breaks the country’s laws.

It’s about strengthening all rights

“The proposals will not erode property rights but will instead ensure that the rights of all South Africans, and not just those who currently own land, are strengthened,” the president says.

The goal is to make land accessible to those who work the land – and that those rights are also protected. The EFF’s policy of nationalising all land to be state-owned is not the goal.

Private land is not the target

Ramaphosa also echoes statements made by deputy president David Mabuza in explaining the state’s intentions with land expropriation, saying that privately owned land that is being used (especially for commercial agricultural purposes) is not the target.

“There have been several suggestions on when expropriation without compensation may be justified. These include, for instance, unused land, derelict buildings, purely speculative land holdings, or circumstances where occupiers have strong historical rights and title holders do not occupy or use their land, such as labour tenancy, informal settlements and abandoned inner-city buildings,” Ramaphosa continues.

Mabuza says that state-owned land – including that which is owned by SOEs – are first in line for redistribution.

The plans are long term

The government won’t dish out land to farmers and that’s the end of it. According to Ramaphosa, the land expropriation plans are long term, with government assisting and supporting those who are beneficiaries of the move.

“It is essential that support is given to beneficiaries of land redistribution through financing, training, market access, irrigation and the provision of seeds, fertiliser and equipment, all of which contribute to the sustainability of emerging agricultural enterprises,” he adds.

This is a moral and social imperative

Because of South Africa’s past, where the majority were forced onto only 10% of the land under apartheid – and the incredibly delayed process of reparations over the past 25 years – the question of land reform is a moral, social and economic imperative.

By equipping the majority, who were robbed of the opportunity to be productive, with the tools and support structures to become productive, the state is trying to develop more meaningful and inclusive growth in the country.

“For the South African economy to reach its full potential, it is necessary to significantly narrow gaps in income, skills, assets and opportunities,” Ramaphosa concludes.