Infrastructure planning must be prerequisite for social housing

Home/Events, News/Infrastructure planning must be prerequisite for social housing
Previous Next

Infrastructure planning must be prerequisite for social housing

Affordable housing ranks as one of the most pressing social concerns across sub-Saharan Africa.  Governments have committed, according to recent estimates, to provide over 18 million new homes in aggregate for their most vulnerable constituents. 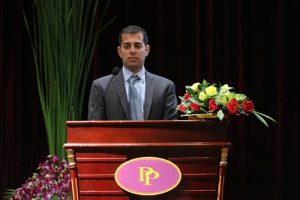 Financial institutions are increasingly aware of the fact that well-functioning societies and industries rely on a labour force made up of the likely residents of affordable housing communities.

Developers, whether under competitively-awarded government contracts or private-market driven factors, programme for affordable housing communities as part of their overall long-term business strategy, and, through the collective efforts of multiple stakeholders, the backlog of units is slowly diminishing in many countries.

And yet, with this increase in collective understanding, the cost of the delivery of affordable housing, whether borne by individual purchasers (the ultimate beneficiaries) or by government (the general taxpaying public) remains uncompetitive. One of the key, and often underexplored, factors is the failure of the implementers of affordable housing programmes to effectively consider the role of infrastructure finance in the delivery of a housing scheme.

The other three drivers of poor delivery of affordable housing in sub-Saharan Africa are: (1) access to land, affordability of land and security of tenure; (2) the relatively high cost of formal construction relative to household incomes for target beneficiaries; and (3) the lack of access to formal housing finance.[i]

As part of its 2017 Housing Finance Yearbook, the Centre for Affordable Housing Finance in Africa noted that infrastructure costs can make up as much as 38% of the total cost of generic formal housing.[ii]  On its own, this statistic is not concerning; when there is disagreement over which body – the public sector (government) or the private sector (the developer) – is responsible for the provision of service, there can be devastating effects. 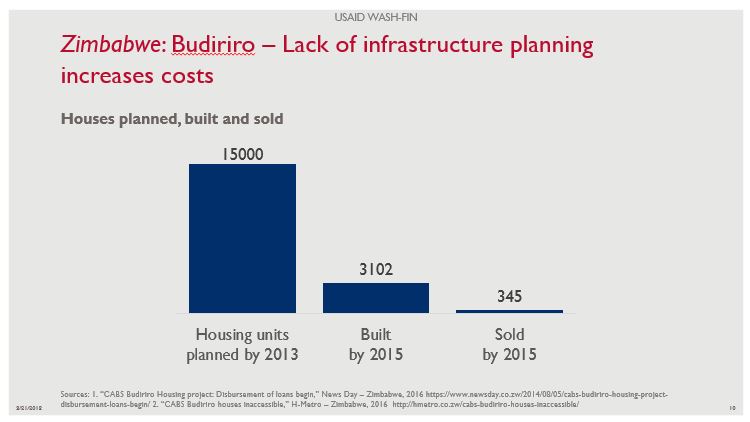 On the outskirts of the Zimbabwean capital of Harare, the cost of housing increased an average of 22% (from USD22 000 to USD27 000) due to a failure to plan for the required infrastructure to make the large community of Budiriro accessible for prospective purchasers. In 2013, the developers filed for permission to construct 15 000 homes; by 2015, two years later, only 3 102 homes had been built and only 345 sold. 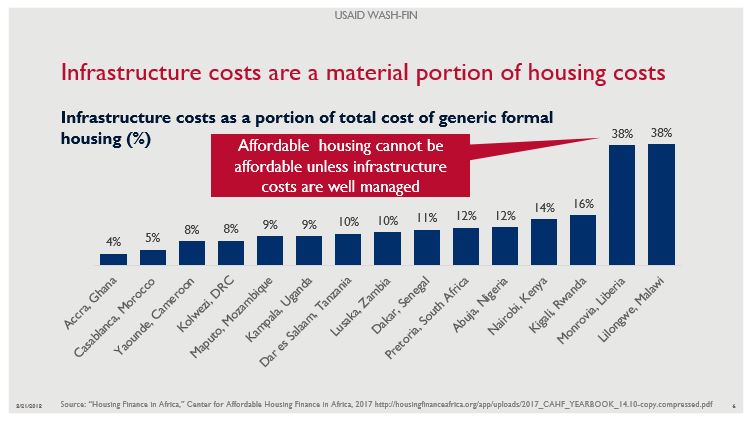 Not surprisingly, these two issues – infrastructure (particularly access to a reliable water supply) and inadequate housing – are often cited as the most significant concerns for households across sub-Saharan Africa. Extrapolating from the Community Survey conducted by the South African national government in 2016, which shows that these two issues make up the largest collective concerns for citizens, one could reasonably argue that these are the chief challenges for governments in the region.[iii] 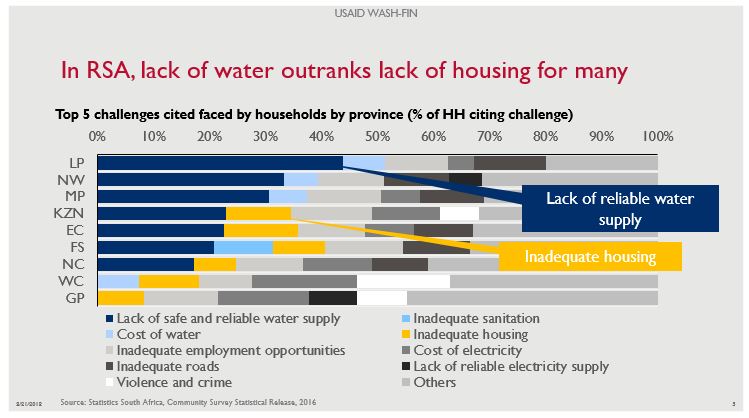 This problem is not limited to sub-Saharan Africa. In the Asia-Pacific country of New Guinea, the lack of infrastructure makes housing inaccessible to the target population. More specifically, the National Housing Corporation failed to develop trunk infrastructure before houses were constructed, increasing house prices from USD88 000 to USD103 000 by an unanticipated USD15 000, which represents 17% of the projected housing cost per unit.[iv]

Recognising that infrastructure provision often is a constitutional competency at local level, the provision of affordable housing at a financially-sustainable price point requires strong and effective collaboration between housing developers – whether public or private – and local government.  Moreover, it requires municipal governments to start to start to think more creatively about their financing sources, especially since there is a significant financing gap between funding needs and available resources. Reviewing, for example, the case of the city of Harare, there is a gap between aggregate funding and overall planning needs in each of the traditional categories of infrastructure. 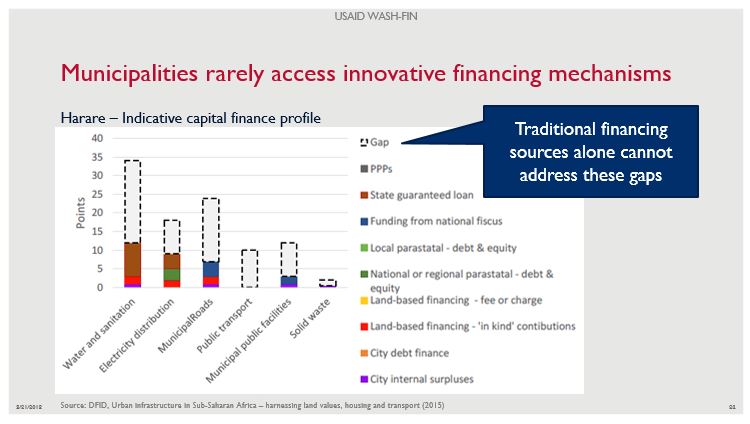 In conclusion, the delivery of affordable housing at viable levels, given current resources and demand from across the region, will not be achieved without a more holistic approach to the twin challenges of infrastructure provision and affordable housing by all stakeholders.

He spent six years as the lead technical and financial advisor for the Dakar Municipal Finance Programme, which culminated in the development of a municipal bond to raise capital for the Senegalese capital’s infrastructure needs. He is currently living in South Africa, where he is the senior infrastructure advisor for USAID’s WASH-FIN programme.

[i] Stocktaking of the Housing Sector in Sub-Saharan Africa, Challenges and Opportunities, World Bank, 2015