Luxury living at an affordable rate

The next issue of SA Affordable Housing will showcase The Village Bramley, an affordable housing project which nonetheless is home to doctors and many other professionals. Here is a preview of that more in-depth article. 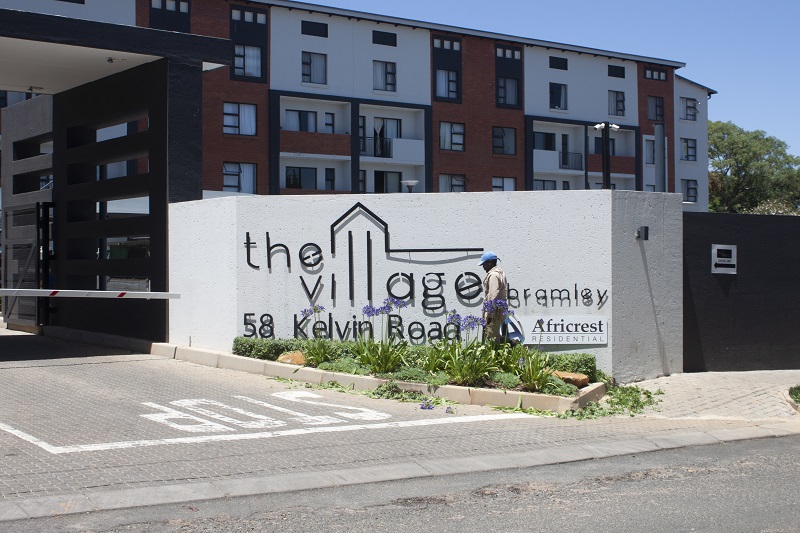 Africrest Properties’ residential division specialises in converting office buildings into affordable housing and middle income housing. Its model was a little different in the case of The Village, Bramley, as the site was a new build.

The Village had been through multiple owners between 1995 and 2012. At one time it was bungalow- and cottage-type retirement village accommodation; and leased by the Botswana government for student accommodation for 400 students. After a failed effort to restore if for general accommodation for the 2010 Soccer World Cup, it had reverted to normal student accommodation during which it gradually deteriorated and fell derelict. Africrest bought the property in 2012, and completely demolished the existing structures to make way for higher density accommodation.

The development was done in three phases, starting with Sparks School – a 3 500m² private primary school – which occupies a quarter of the property. Phase 2, the residential component of 230 units which is complete, and at the time of the interview the 229-unit Phase 3 was underway and was 35% complete.

Once complete there will be 459 units: