John Roxburgh, senior lecturer at the School of Concrete Technology of Cement and Concrete SA (CCSA). Photo by CCSA

Sand-cement plaster is used extensively in building work as a decorative or protective coating to concrete and masonry walls and concrete ceilings. But there are plenty of pitfalls on the road to successful plastering – a building aspect that continues to pose challenges, even to experienced contractors.

John Roxburgh, senior lecturer at the School of Concrete Technology of Cement and Concrete SA (CCSA), here provides some guidelines on the selection of materials for successful plastering:

Cements for plaster should comply with the requirements of SANS 50197-1 or SANS 50413-1. CEM l and CEM ll A cements are used in plaster with good results. CEM ll B-V or W cements are recommended for plaster exposed to damp conditions during service (for example, plastered plinths below damp proof course level and freestanding walls) to reduce the risk of efflorescence.

Cement plaster should be applied in accordance with the requirements of SANS 2001-EMI.

Cements with slow early strength development should be used only if protection of the plaster on the substrate (against sun and wind resulting in evaporation of moisture from the surface) will be adequate to minimise early cracking before the plaster has developed sufficient tensile strength.

Bags should be clearly marked with the strength grade; cement type and a Letter of Authority (LOA) number issued by the National Regulator for Compulsory Standards and should provide guidance on mix proportions for plaster. 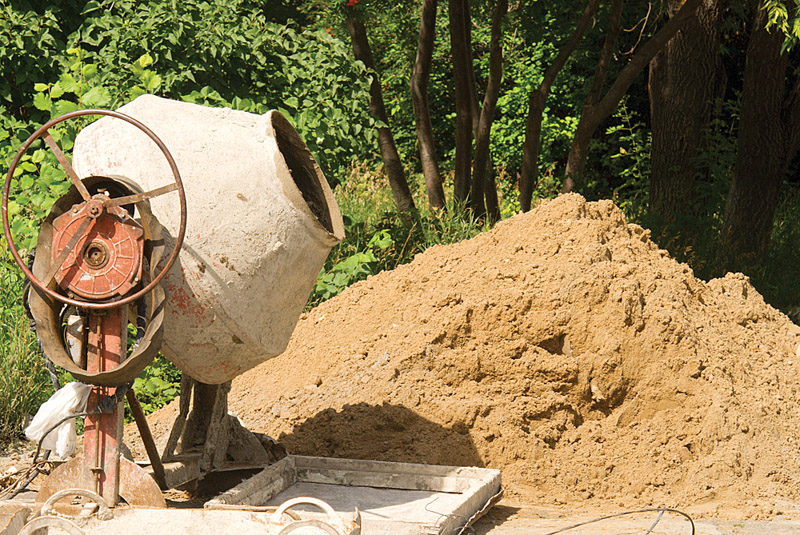 An important requirement is that sand should be free of organic matter such as roots, seeds, twigs, and humus. Photo by CCSA

The choice of cement should be based on the properties of the sand to be used in the plaster.

Sand is by far the major constituent of plaster and has a significant influence on its performance and material cost. In South Africa, natural sands, such as pit, river, and dune sands, are almost invariably used. An important requirement is that sand should be free of organic matter such as roots, seeds, twigs, and humus.

If sand includes lumps that are not easily broken between the fingers, it is not ideal for use in plaster; if such a sand is to be used, then the lumps should be removed by sieving.

‘Karoo’ sands, which contain a high proportion of disc-shaped dark-coloured particles, should not be used for plastering because they exhibit excessive swelling and shrinkage on wetting and drying, respectively. This causes excessive shrinkage and cracking in the hardened plaster.

Important physical properties of sands are:

Only a small proportion of clay can be tolerated in sand used in plaster. Clay normally causes a high-water requirement and high drying shrinkage.

Ideally, the sand should have a continuous grading, from dust up to the largest particles. The fractions passing the 0.150-mm and 0.075-mm sieves (‘fines’) are important because they significantly influence the water requirement, workability and the level of water retention of the mix.

Increasing these fractions results in increased water requirement (with consequent lower strength and higher shrinkage), but improved workability and water retention. The optimum fines content is therefore a compromise between these properties.

For plasters, sand lacking in fines may be used in conjunction with hydrated builder’s lime, mortar plasticiser, or masonry cement, or it may be blended with fine filler sand. 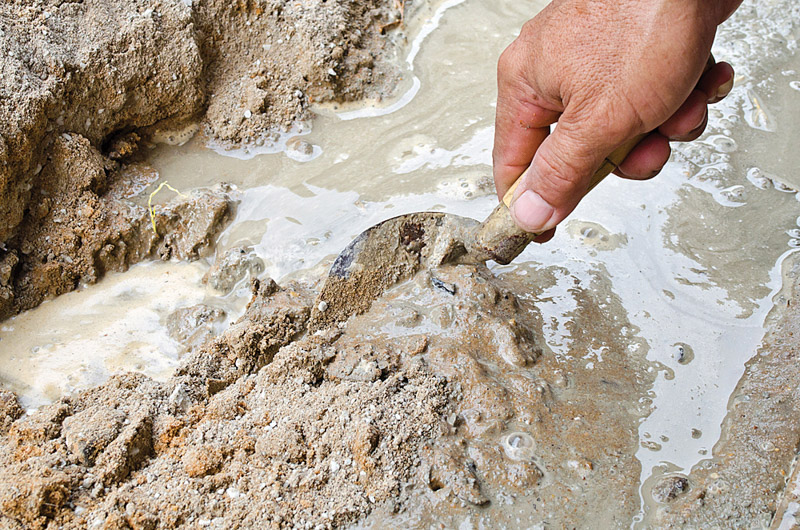 The water used in the plaster mix should be fit for drinking. Photo by CCSA

The water used in the plaster mix should be fit for drinking.

Provided sufficient attention is paid to the selection of materials, mix proportions, preparation of substrate surfaces and the application of the plaster, the results should be serviceable and aesthetically acceptable.