The arbitrary and incorrect interpretation of legal principles and the current law by municipal officials can lead to disastrous consequences.

In the affordable housing market it is important that the policies and business rules of municipalities reflect the correct legal position as prescribed in legislation. If not, it introduces procedures which are not constitutional and can be challenged in a court of law.

In the affordable housing market, with FLISP and Bonded housing products, that focus primarily on first time homeowners (in the price bracket between R400 000 to R1 000 000), profit margins are already fairly tight for developers.

The arbitrary and incorrect interpretation of legal principles and current laws by municipal officials can lead to disastrous consequences, firstly to the developers that are the main stakeholders and carry the financial risk of developments, as well as the vulnerable end-users of the value chain. 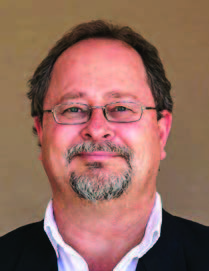 On 13 March 2017 the Building Control Department of the City of Johannesburg Metropolitan Municipality implemented a business rule, which states that no applications for the approval of buildings plans will be considered for unregistered *erven with the Registrar of Deeds.

All applications must be for registered erven and accompanied by related title deeds. It also states that the submission of approved surveyor general diagrams and general plans will not be accepted because the diagrams do not constitute registration of the erven with the Registrar of Deeds.

It appears that the department, in formulating this rule, relies on a ruling from the Geographic Information System (GIS) Department of the City of Johannesburg Metropolitan Municipality regarding what constitutes a ‘registered erf’. This rule apparently states that an erf in a newly proclaimed or formalised township, which is still held by virtue of the township title by the township applicant, is not regarded by the GIS system as a ‘registered erf’.

* Erven – A civil engineering term meaning a South African a plot of land, usually urban, marked off for building purposes.

The township owner gives transfer of the serviced erf to the purchaser in terms of section 43(5)(a) of the Deeds Registries Act, 1937 (No47 of 1937), where it provides that the transfer of a whole erf from the township title is possible. Simultaneously with this transfer the end user mortgage bond which finances the purchase of the serviced erf and the construction of the house as set out in the building agreement, is registered too.

FINANCIAL IMPLICATIONS OF THIS BUSINESS RULE

This rule forced the developers, instead of transferring the serviced erf directly to the purchaser from the township title, to first create a separate title deed for any such erf still held under the township title, either by registering a Certificate of Registered Title for the specific erf or one Certificate of Registered Title for the identified batch of erven for which building plans must be submitted for approval.

In terms of rands and cents, the developer has to provide for the following additional costs:

TIME DELAYS LINKED TO REGISTRATION OF A CERTIFICATE OF REGISTERED TITLE

The developers also have to deal with the time delays linked to the issuing of these Certificates of Registered Title by the Registrar of Deeds, which add at least another six to eight weeks onto the process to transfer the serviced erf to the purchaser.

This delivery period may take from six to eight weeks after date of registration. A copy of the registered Certificate of Registered Title can only then be submitted to Building Control so that the building plans for the house to be constructed on that particular stand can processed for approval.

DEMAND BY THE MUNICIPALITY FOR THE SUBMISSION OF A SECTION 82 OR 113 SERVICES CERTIFICATE WITH THE REGISTRATION OF A CERTIFICATE OF REGISTERED TITLE IN CONTRAVENTION OF THE TOWN-PLANNING AND TOWNSHIPS ORDINANCE, 1986 (ORDINANCE 15 OF 1986)

What adds to the developers‘ woes is that the municipality sometimes forces the developer to submit the services certificate issued in respect of the erf to the Registrar of Deeds before the Certificate of Registered Title may be registered in the Deeds Office, by imposing duties on the Registrar of Deeds, which are in contravention of the Town-Planning and Townships Ordinance, 1986 (Ordinance 15 of 1986).

This requirement for the submission of a services certificate does not muster constitutionalism regarding erven in a township established in terms of the TownPlanning and Townships Ordinance, 1986 (Ordinance 15 of 1986), because the registration of a Certificate of Registered Title to create a title deed for a specific erf in the name of the township applicant (separate from the township title) is not the transfer of ownership as described in sections 82(1)(b) and 113(1)(c).

The Registrar of Deeds should have challenged the municipality’s contravention of the ordinance and its encroachment on the registration duties and functions of the Deeds Office instead of agreeing to it without questioning the validity of those requests.

THE INTERPRETATION OF THE TERM ‘REGISTERED ERF’

The interpretation by the City of Johannesburg Metropolitan Municipality of a registered erf in Business Rule 001/10- 03/17 must be evaluated in terms of the accepted legal principles applicable when townships are established. The definition of ‘owner’ in section 102 of the Deeds Registries Act, 1937, (No47 of 1937) states that it means in relation to immovable property, the person registered as the owner or holder.

The Deeds Office printout for Erf 1030 Lufhereng Township (Figure 1), for example shows in the Owner Name column the ‘City of Johannesburg Metropolitan Municipality’ and in the Title Deed column T38034/2014. The code T/T appears in the purchase price column on this printout, which is the Deeds Offices’ way of indicating that the erf is still held by virtue of the township title.

The Deeds Office information reflected on the Deeds Office printout is linked to the endorsement in terms of section 46 of the Deeds Registries Act, 1937, (No47 of 1937) on the township title showing that the land (mother property) held in terms of that title has now been laid out into erven, parks and streets in a separate register under the name of that specific township (Figure 2).

In this section 46 endorsement in respect of the township register for Lufhereng Township it shows that the land has been laid out into erven numbered 1 to 1 031 and 8 parks numbered 1032 to 1 039 in accordance with General Plan SG No 9011/2008. The township owner is therefore now the owner of the erven as described in this section 46 endorsement, even if the erven is not listed in separate paragraphs in the township title for Lufhereng Township.

It further shows that this information was booked in a separate register under the name Lufhereng, which is in fact the township register for Lufhereng Township.

In the court case of EM and EM Engineering (Pty) Ltd and the Kwadukuza Municipality, the Registrar of Deeds and ASK Y Development Professionals CC, which was delivered on 26 June 2015 in the KwaZulu-Natal Local Division of the High Court, the following points were raised while determining what constitutes a registered erf: 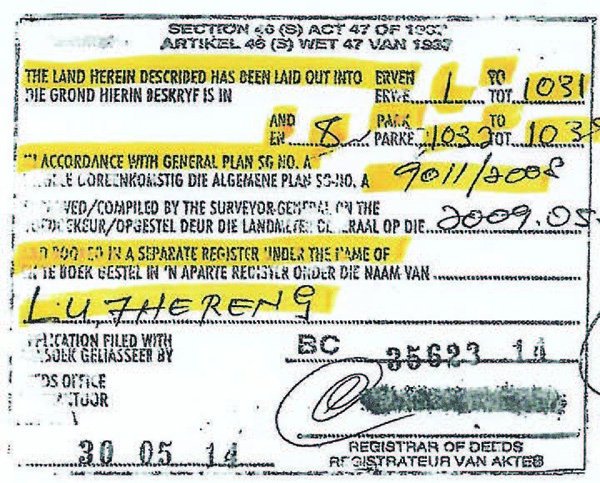 Figure 2: The section 46 endorsement in respect of the township register for Lufhereng Township. Image credit: STBB

It is clear then that an erf held by the township applicant by virtue of the township title is in fact a registered erf for the purposes of the Deeds Registries Act, 1937, (No47 of 1937).

RESPONSE FROM THE BUILDING CONTROL DEPARTMENT

When the Building Control Department was approached ith the interpretation of a registered erf (above) sanity prevailed, and thereafter applications for the approval of building plans for Res 1 erven were accepted and processed again without requiring to first register a Certificate of Registered Title.

In the affordable housing development space, the banks finance two basic products known as Plot & Plan and Turnkey transactions and they differ as follows:

If the result is the same, namely the transfer of the serviced erf into the name of the purchaser who purchased it in terms of a sale agreement or offer to purchase, it is difficult to understand why the municipality does not treat Turnkey transactions in the same manner as Plot & Plan transactions.

If the current setup of the GIS system at the City of Johannesburg Metropolitan Municipality with regard to what constitutes a registered erf has the unintended consequence of discarding the existing legislation, this system must be updated as soon as possible to resonate with the current law. If not, it will remain the Achilles heel which hampers speedy and efficient development and cause unrequired costs and delays.

The establishment of the Johannesburg Developers Forum, just like it did with the Tshwane Developers Forum during 2018, can create a sound platform for engagement between all stakeholders in the development space where these type of issues, and specifically the unpremeditated consequences of uninformed decisions, can be discussed with municipal officials so that it can be resolved in line with the principles of efficiency and good administration as described in section 7 of the Spatial and Planning and Land Use Management Act, 2013 (No16 of 2013).