The Minister of Human Settlements, Water and Sanitation, Lindiwe Sisulu has issued a clarion call to potential investors including the banking institutions to assist government’s efforts in meeting the demand for social housing units by investing into social housing projects. Sisulu says the investment opportunities are spread across the country’s metros.

The Minister’s call was because of the recent high demand from various potential beneficiaries of social housing projects in the Provinces such as Gauteng, Western Cape, KwaZulu-Natal including Limpopo, Mpumalanga and Northern Cape, which currently do not have social housing units. It is estimated that the current demand for social housing units is sitting at over 300 000. 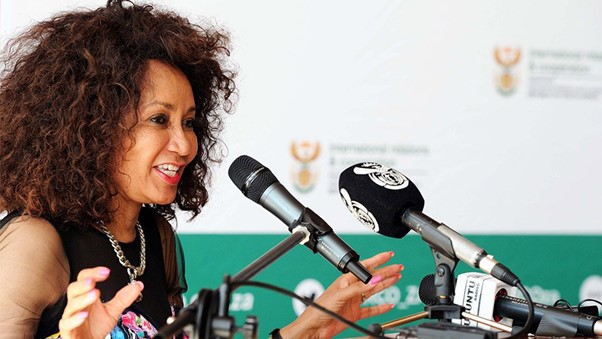 Currently the Social Housing Regulator Authority (SHRA) has 52 projects in the pipeline which are expected to yield 21 000 units. This would require debt investment funding of R3.6-billion. The social housing projects are meant for beneficiaries earning between R1 500 and R15 000 per month, whilst those who earn less than the minimum amount qualify for fully-subsidised government housing or Breaking New Ground house (BNG).

Over the past six years the Department of Human Settlements, through its entity the Social Housing Regulatory Authority (SHRA) has delivered close to 30 000 units mainly in Gauteng, KwaZulu-Natal, Western Cape and Eastern Cape.

“Through partnerships with the private sector we have transformed the lives of our people over the years. As we face the social housing demand, we cannot turn to any other reliable partners than those who have shown interest in our work. Our target delivery of over 30 000 units in the 2019-2024 Medium Term Strategic Framework (MTSF) will only be possible if the private investors partner with us,” said Minister Sisulu.