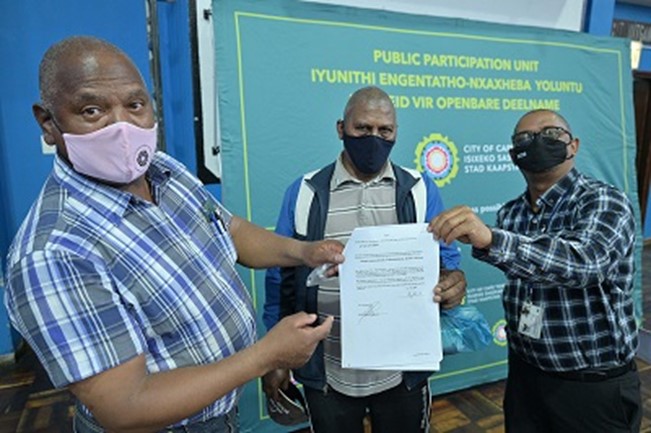 The City of Cape Town’s Executive Mayor Alderman Dan Plato and Mayoral Committee Member for Urban Management Alderman Grant Twigg were there to congratulate the beneficiaries.

More than 1 100 title deeds have already been handed to beneficiaries over the past two weeks. 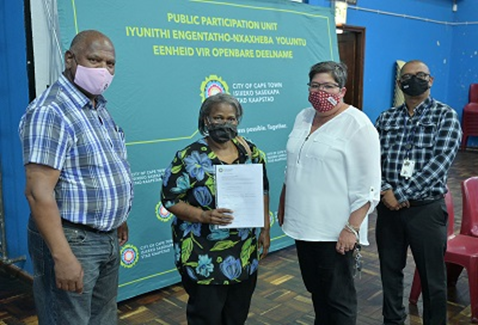 ‘I am pleased to be joining these handovers and assist in bringing residents comfort, certainty and ownership of their homes, making them fully-fledged and legitimate homeowners,’ said Executive Mayor Dan Plato.

A total of 6 000 historical title deeds will be handed over to beneficiaries by 22 December 2020. 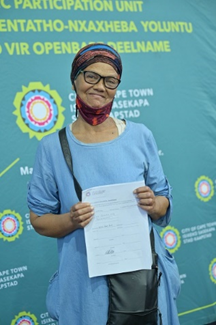 ‘Empowering residents who were previously denied access to property ownership is one of the City’s key priority areas to bring about redress. The handing over of title deeds allows homeowners to live in dignity in a home they can call theirs. It is an investment that will grow in value and that will become an asset for them and their loved ones. There is no greater pride than taking care of a house that you can call your own and turning it into a home.

‘Service delivery is about improving the lives of people and adding value to their livelihoods – this is part of the City’s commitment to building a caring City,’ said Alderman Twigg.

The title deed is an extremely important document, as it is the owner’s proof of ownership.  It provides the beneficiary with an address and recognises the owner and their family as residents of Cape Town and a part of the Municipality.  It also allows for the ownership of the property to be passed on to family members in the event of death. This means that beneficiaries take responsibility as homeowners as they now need to pay property rates and service charges, which contributes to the title deed’s ongoing sustainability.