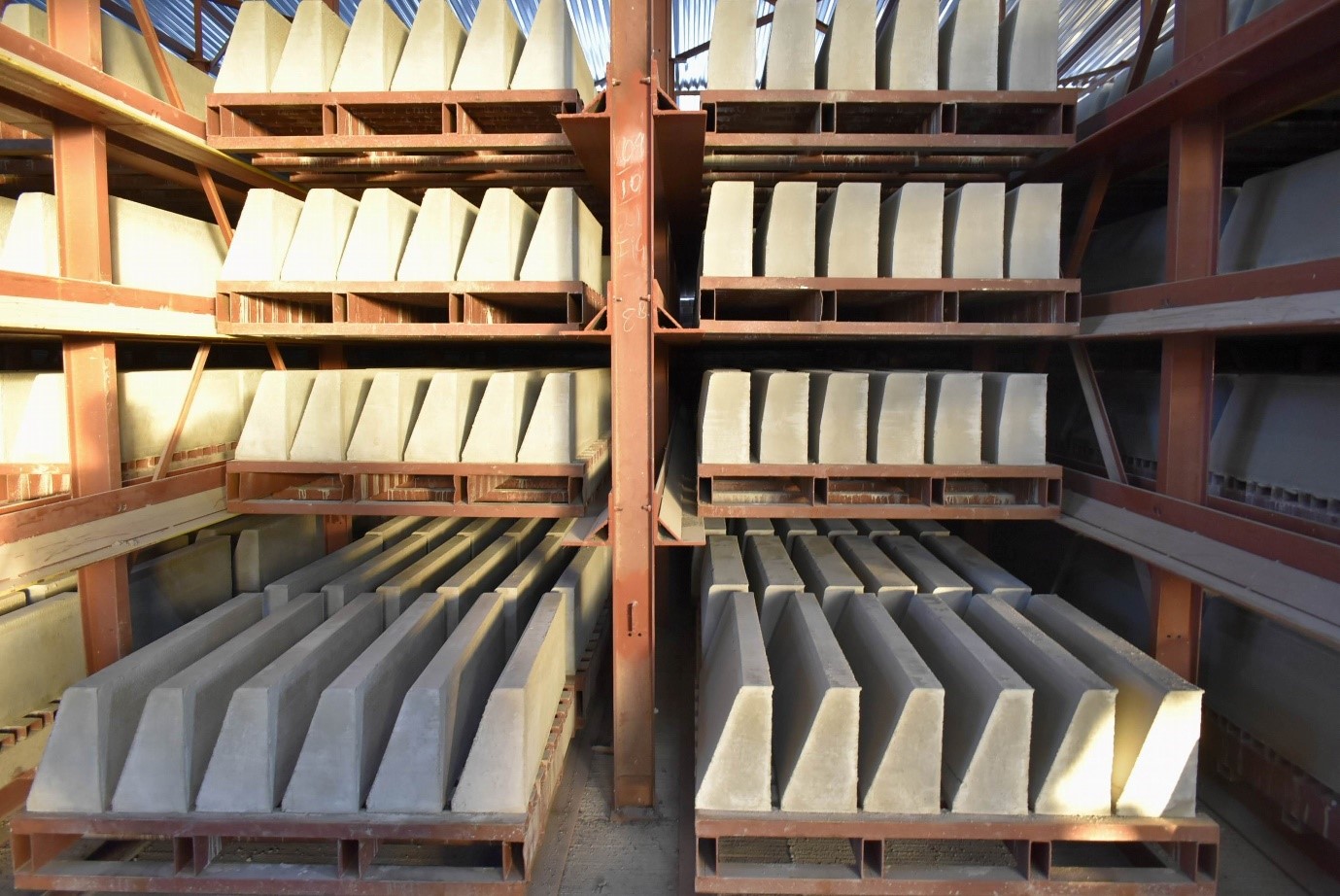 This will enable the company to meet the demand in and around Polokwane and from neighbouring provinces.

“The new kerb plant is a Pressed Kerb plant and is the first of its kind in the province. Many years ago, we invested in specialised machinery from the United Kingdom, becoming the first South African company to introduce the Pressed Kerb technology into its kerb manufacturing processes” said Christo van Zyl, Sales and Marketing Director of Infrastructure Specialist Group.

Traditionally kerbs are made using moulds in wet cast which has a longer manufacturing time and requires curing time, before being re-cast for another batch. The Pressed Kerb technology involves the manufacturing of kerbs utilising machinery that have three moulds, enabling kerbs to be manufactured on one machine, saving production time, and increasing cost efficiencies. “It is a quicker process while still meeting volume demands and maintaining a consistent quality of kerb” commented van Zyl.

Technicrete and Rocla are part of the Infrastructure Specialist Group of companies (ISG).