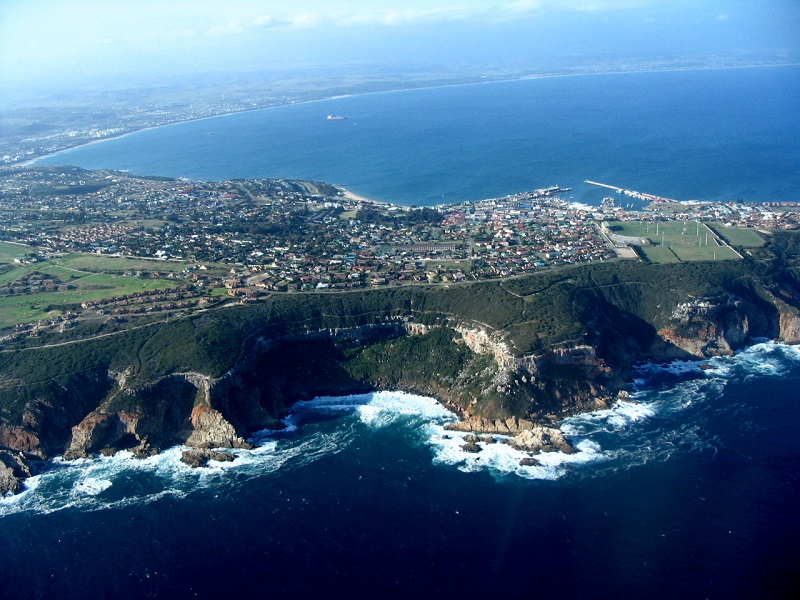 Terracrete, manufactured locally and internationally by Terraforce licensed manufacturers, is a multipurpose and cost-effective eco-surface paving block system, which is why it was chosen. Developed by Terraforce – a pioneer in the local earth retaining wall industry – Terracrete blocks can be laid in different patterns (with or without ground anchors) for the lining of riverbanks and other areas subject to soil erosion. They can also be used to pave grassed roads and parking areas, as well as stabilising steep embankments – such as bridge abutments or river shorelines.

Says Altus Eitner, Streets & Stormwater / Project Planning & Management, Mossel Bay Municipality: “Thanks to large holes and a unique interlock the blocks are fully permeable and plantable, which adds to their ability to fully integrate with any environment they are introduced to. The roots of the plants anchor the blocks and help to strengthen them, especially against floods. The holes also allow worms and bugs to pass through the block without sterilising (smothering) the area.

“Another beneficial aspect of the units is their size. The blocks are larger, wider and thicker than normal paving, firmer and can spread the load better. Added to this, maintenance of the installations is easy, as the blocks provide a stable platform for the mowing of the grass if needed, and if the block strength is increased to 30 Mpa then it works for low volume roads, as was implemented at Stasiekop Weg road with approximately 17% gradient.”

The blocks were supplied by Terraforce licensed manufacturer for the Southern Cape region, Mobicast, who also developed a method to add horizontal holes to the blocks during manufacture, allowing the threading of 3,1 mm galvanized fencing wire through each block, to eventually form an tight unit (tapestry) of blocks for extra stability.

When asked about the necessity of such extra measures, Holger Rust, member and owner of Terraforce, says that in his opinion it is not necessary to do this: “According to the US Trade Association, National Concrete Masonry Association (NCMA), cabled articulating concrete mats, for design purposes, offer no additional hydraulic stability or structural value to the articulating concrete block (ACB) mat or block system (NCMA TEK 11-9B, Revised 2014). Unless, adds Rust, the wiring together of blocks is intended to prevent vandalism. It is up to each client to decide if they wish to pursue this, however it makes manufacture and laying of the blocks so much more time-consuming and labour intensive.”

Nickey Le Roux, Communications Officer, Mossel Bay Municipality, confirms that installation of 6 587m² of Terracrete eco-surfaces has taken place since early 2016, with repeated tenders into late 2019: “We strive for a green municipality. In addition, the blocks are cheaper than the usual ‘interlocking’ paving, and we can go further with the available funds. They also allow movement without easily succumbing. In other words, more value for less money.”