Pricing of a loan from a Commercial Bank: Part 4

Banks contribute positively to society by enabling simple, safe and efficient management of money, writes Pierre Venter. This is the fourth of a six-part series over successive days.

The client defaults with a balance of R400 000. The Client’s PD was 5% (over 12 Months) and the expected LGD through previous experience is 20%. Thus, the expected loss is R400 000 x 5% x 20%, which is R4 000. Therefore, when modelling, a bank will need to account for the fact that for this deal they may lose R4 000. All deals are modelled on an individual basis and such a loss will depend on the PD and LGD for that specific client or deal.

Pricing is therefore done on the basis that the interest income stream is adjusted so that the hurdle rate is achieved, whilst taking the expected loss into account. Figure 3 [italics], below, shows the effect of PD and LGD on expected loss and hence the interest rate that is charged to a borrower. 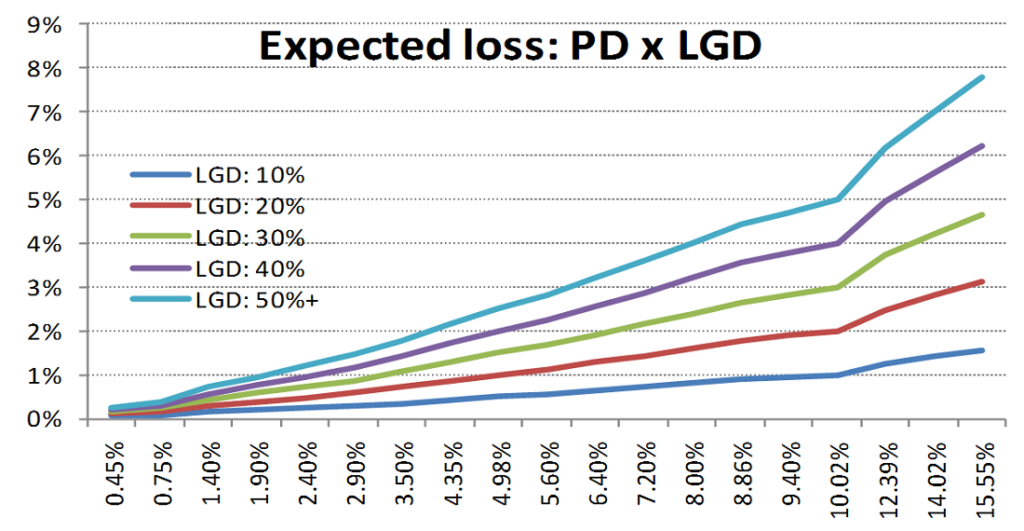 As discussed in an earlier part of this series, the Cost of Funds is the biggest expense when considering a loan or a mortgage loan.

Cost of Funds generally follows the Bank Repo Rate, as published by the South African Reserve Bank (SARB). If a lender cannot attract sufficient deposits or investments to cover the loans it makes, then the SARB is the lender of last resort for lenders. If a bank is sufficiently capitalised, it will cover its loans from deposits or investments held from the public, the cost of which is normally slightly lower than the SARB Repo Rate.

The Banks Act, 1990 and Amendments/Regulations thereto, require banks to hold capital on each loan, which is a predefined percentage depending on risk factors and a bank’s ability to match the term of deposits or loans.