There are fairly regular incidences of judgments where developers question their liability for owner levies in respect of erven in townships opened on large parcels of land they own.

Here, we look at a the outcome of a recent judgment dealing with the above question, to assist developers and their legal teams to better anticipate the liability that will be attributed to the developer in different circumstances. 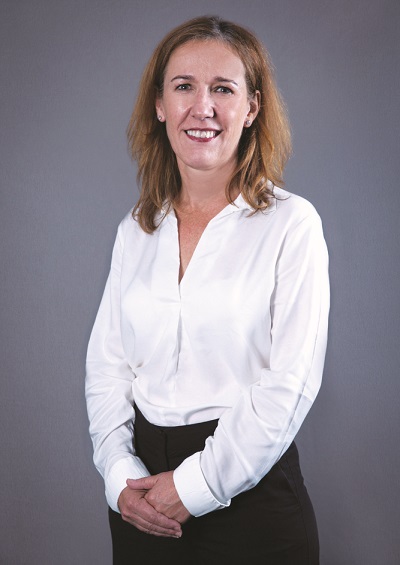 The background to this judgment is that in March 2006, Sable Hills Waterfront Estate CC (the developer) took transfer of a property on which, simultaneously, a township register was opened which subdivided the land into 307 erven in accordance with a general plan. All registrable transactions affecting the respective erven shown on the plan thus had to be registered with reference to the township register. The developer had applied to the local authority to establish the township of Sable Hills Waterfront Estate and this was approved. (All the erven and sectional title units in the township register were residential properties.)

A homeowners’ association was established and in accordance with the provisions of the Articles of Association of the Sable Hills Waterfront Estate Home Owners’ Association NPC (the HOA), the HOA’s income consisted mainly of the compulsory monthly levies payable by members, and which would be applied to the furtherance of the HOA’s main objective. The governing documentation provided further that the HOA’s members are the developer and all other persons who are registered owners of residential property in the township. At the time of the application to court, a large proportion of erven in the township register had not yet been transferred to third parties. This was the basis of the dispute that arose regarding the developer’s liability for levies.

On the one hand, the HOA argued that the developer, as registered owner of the erven in the township register that have not yet been transferred, is an ‘owner’ within the context of the HOA’s Articles of Association, and was thus liable to pay levies in respect of each of the erven concerned. On the other hand, the developer contended that it was not the registered owner of ‘property’, as defined in the Articles of Association of the HOA and thus not liable to pay any levies; alternatively that it was the owner of the collective remainder of the township, in other words, the remaining unsold erven constituted one property, and thus only liable to pay levies in respect of one property.

The Supreme Court of Appeal (SCA) referred to section 102 of the Deeds Registries Act where the term ‘erf’ is defined as: “… every piece of land registered as an erf, lot, plot or stand in a deeds registry, and includes every defined portion, not intended to be a public place, of a piece of land laid out as a township, whether or not it has been formally recognised, approved or proclaimed as such,” and the term ‘registered’ is defined: “… registered in a deeds registry.”

The SCA noted that the impact of these two definitions in the context were such that every erf depicted on a general plan is deemed to be registered upon registration of the general plan. With regard to subdivided land, section 46(1) of the DRA provides that if land has been subdivided into erven “…shown on a general plan, the owner of land subdivided shall furnish a copy of the general plan to the Registrar, who shall, subject to compliance with requirements of the Section and any other law, register the plan and open a register in which all registrable transactions affecting the respective lots or erven shown on the plan shall be registered.”

The Articles of Association of the HOA provided that the HOA’s members were the developer and all other persons who are registered owners of residential property in the township. It was therefore clear that the developer was a member of the HOA as well as the registered owner of the erven reflected on the general plan that have not been transferred to third parties. Accordingly, the conclusion that the developer fell within the group that can be described as ‘members of the HOA who are owners of erven and units in the township’, was inescapable, and it was therefore liable for levies in the same way as are all other owners of erven. The ‘remaining extent’ (which is those erven not yet transferred to third parties) is not a ‘stand’ (also referred to as an erf), nor is it a unit, and the levies are not apportioned to it but to its components, being the erven.

Note that the court indicated that the present matter can be distinguished from previous judgments (in Florida Hillsand Rhynfeld) where the court concluded that when township property is sold as individual erven, the remainder of the property is reduced from time to time by the sale of individual erven, but that the unit of the remainder retains its own identity and continues to appear as the remainder in the deeds registry. It accordingly concluded that it was that remainder which had to be entered in the municipal valuation roll as a unit in the ownership of the township owner. These judgments had to do with the relationship between a local authority and a township developer and with the valuation of unsold lots in a township. The legal nature of the relationship between the parties in those matters was one that flowed ex lege, and the dispute centered around the method used to value such erven. The context of the present dispute was certainly distinguishable.

This judgment is part of a growing string of matters in which developers approach a court for clarification on the basis for which they are held liable for homeowners’ association levies in respect of unsold erven in a new township. Their liability is first and foremost determined by the association’s governing documentation read in the context of the local authority approval conditions. As soon as the liability is linked to ownership of a property or erf in the township, it will include the developer who becomes owner of the unsold erven in the township register on registration, unless there are specific provisions to the contrary.

Developers can and often do, by way of special conditions in the association’s constitution, exempt themselves from paying levies in respect of unsold properties still owned by the developer. The rationale is that the developer is usually liable for the expenses of providing services, roads and infrastructure during the development period, and should not be burdened with levies in respect of its unsold erven in that period.

Clearly much care must therefore be applied, and specialist opinion obtained by the developer in the planning of the development, the interaction with the local authority and the drafting of all the governing documentation of the relevant HOA.