Light steel frame building offers quality, and energy-efficient and affordable construction which is growing in popularity.

The growth trajectory and incremental increase in the popularity of light steel frame building (LSFB) in South Africa has been nothing short of remarkable. In 2004, when the CEO of the Southern African Institute of Steel Construction (SAISC) visited Australia to evaluate light steel frame building, this construction technique was little-known in South Africa. Today, this relatively new building method is now both widely accepted and frequently used locally.

“The growth in the popularity of LSF construction locally is due to its inherent innovation, and due to the fact that it reduces building costs, in a number of ways,” explains John Barnard, director of the Southern African Light Steel Frame Building Association (SASFA), a division of the SAISC. 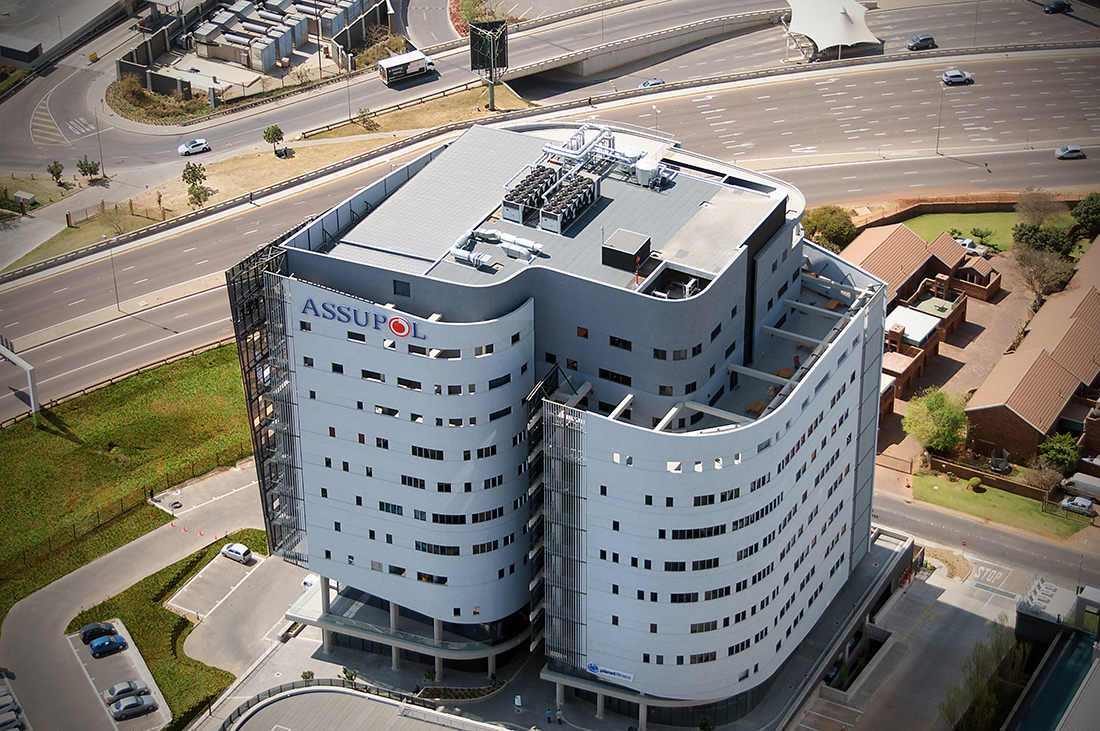 LSF as a building solution

LSF is increasingly being used for roof structures in the low cost and affordable housing sectors. Thousands of smaller houses have been built using LSF roof trusses, due to the advantages offered that include incombustibility, light weight, accuracy, straightness of elements and quality-certification, countering all the shortfalls of other materials.

LSF has at this stage not been widely used for large affordable housing projects. One large project in Delft was completed a few years ago. This unfortunately caused a reaction in the brick manufacturing industry, which appeared to consider this as an intrusion into their domain. The SA National Defence Force (SANDF) embarked on a project in 2017 to build four three-storey blocks of flats in Durban, KwaZulu-Natal. This project was successful and similar projects are being planned.

Barnard explains that a major advantage of LSF building is that a structure takes much less time to complete than a similar brick and mortar building.
“As the construction team can finish the outer shell of the building in a much shorter period, work on the inside of the building (completing internal lining, ceilings, tiling and painting) can get underway much earlier – as can the installation of services (water and electricity),” he points out, adding that, in addition, having the outer shell completed earlier means that the building can also be secured against unauthorised access much sooner.

“LSFB should however not be confused with prefabricated building. In LSF building, the supporting frame is made from thin gauge, high-strength galvanized steel sheet, which has been cold-formed into lip-channel sections. These sections are joined using rivets or self-tapping screws to form strong wall frames, roof trusses and floor joists,” Barnard advises.

The wall panels are clad using fibre-cement and gypsum boards, fixed using battery powered screw guns to install the self-drilling screws. Insulation (glass wool) is installed in the wall cavities to provide the thermal efficiency and enhance the acoustic properties of the walls.

According to SANS 517: ‘Light steel frame building’, glass wool is a deemed-to-satisfy solution for both thermal and acoustic insulation. Other types of insulation can be used but will need to be supported by a rational design by the engineer or architect to motivate why the alternative is suitable.

An important aspect of insulation is that there should not be any gaps, or else the thermal or acoustic performance will be negatively affected. As the LSF studs are typically at 600mm spacing, glass wool insulation is cut to size into bats which fit neatly into the cavities in the LSF wall panels.

Services such as plumbing and electricity, can be accommodated by making a cut in the glass wool bat. Installation is not as easy with other rigid insulation materials. Injected expanding foams can also be used, provided it complies with fire regulations.

As far back as 2013, the fast food chain McDonald’s built an outlet in Cape Town which employed LSF in its construction. In this project, material wastage was reduced by 30%, transport costs by 80% and carbon footprint was also significantly reduced. The savings on construction time were of such significance that McDonald’s were able to open the particular outlet four months earlier, something they would not have been able to do had they used traditional building methods.

With its installed insulation, LSF buildings are more energy-efficient than heavy masonry buildings. A research project carried out by the Council for Scientific and Industrial Research (CSIR) for SASFA, indicated that an LSF building will require less than half the energy needed to heat and cool an uninsulated masonry residential building.

An LSF building is dimensionally far more accurate than masonry building or concrete construction. This saves time and cost when installing pre-made components such as kitchen cupboards and wardrobes. “With light steel framing, one can work to a tolerance of less than +5 mm,” says Barnard.

With a comparatively new building technique such as LSF, training contractors is essential. To this end, SASFA presents a five-day training course in light steel frame building. The course is split into two sections:

The course is growing in popularity (the most recent one being fully subscribed), as an increasing number of building contractors, developers, architects and engineers wish to be more knowledgeable about LSF construction.

“It has indeed been exciting to see – and hear about – the progress that the cold formed steel industry has made since SASFA’s inception. Some of these highlights include the development of the light steel building code, the introduction of cold formed steel into building façades, the acceptance of the benefits of light steel framed homes and the growing number of light steel frame projects being completed,” says SA Institute of Steel Construction CEO Paolo Trinchero.

“In addition, SASFA’s ongoing education programme for the construction industry and allied sectors is proving to be very effective in growing the awareness of the features and benefits of light steel framing, and providing the skills required to efficiently build using LSF.”

“Whereas initially, LSF construction was only used for smaller building projects in South Africa, it is now being used for the complete spectrum of construction projects,” continues Trinchero. A milestone achievement for light steel frame construction in South Africa occurred when the building technique was used to supply and install a lightweight steel façade wall and parapet structure at the Mall of Africa in Midrand.

“This is one of the largest single phase shopping mall building projects ever undertaken in South Africa and certainly the largest and most prominent LSF project to date in this country,” Trinchero comments. 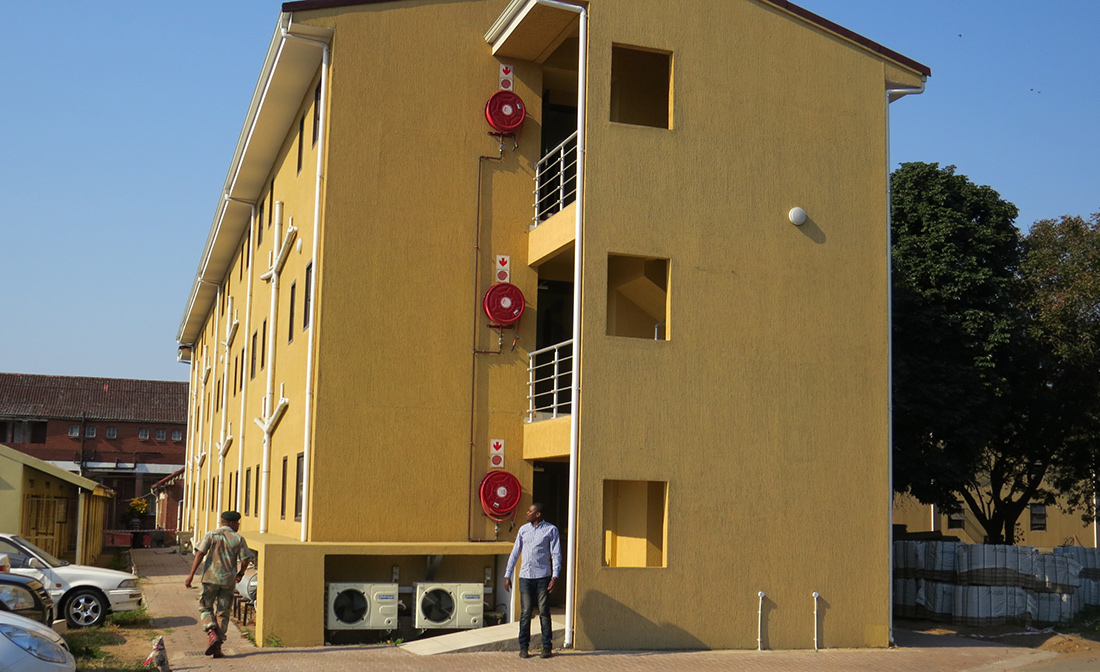 As with most alternative building solutions, there is still resistance from developers and home owners to anything except brick and mortar. Changes in mindset take time. South Africa, historically, has a double brick wall mentality, which will change only gradually once the benefits of the alternative building systems are realised and experienced.

“As SASFA, we have had feedback from a number of brick builders after using light steel frame building, in which they claim that they never want to go back to brick and mortar. Light steel frame building is fast, clean, produces less rubble, less rework and is accurate. Quality control largely happens in the factory where the LSF is manufactured,” Barnard comments.

He continues, “I once accompanied an American colleague visiting South Africa to look at light steel frame projects in Waterfall Estate, Midrand. We drove past a brick and mortar building site, and she asked me to stop. She could not believe that we are using double leaf brick walls! They of course [Americans] have a history of frame building – steel or timber. Once the requirements of SANS 10400 XA (energy efficiency) are enforced, we predict that there will be a greater move to light steel frame building locally.”

LSF is manufactured using high-strength galvanised steel sheet – with a yield strength of 550MPa compared with 355MPa for ‘normal’ structural steel. That means thinner gauge G550 material can be used for the same load-bearing capacity.

LSF structures are actually designed to resist design forces, unlike masonry buildings which rely on the mass of the bricks or blocks and empirical rules to resist horizontal forces.

Load-bearing LSFB has been used for up to three-storey buildings in South Africa. It is also used in conjunction with welded ‘heavy’ steel structures, or reinforced concrete frames for taller buildings. For example, the external cladding of the 12-storey Assupol building in Pretoria.

In the US, LSF building is used in up to nine-storey buildings – the LSF sections of the lower storeys are made using thicker gauge material; and the studs are spaced closer than our standard 600mm to carry the increased dead, live and wind loads. Bracing the building is of course also more complex than in the lower rise structures.

“The growth and popularity of LSF construction in South Africa is a phenomenon that needs to be both welcomed and embraced. It is a highly efficient building and construction technique, which will provide South Africa with a more affordable means of constructing both our residential and commercial properties in the future,” concludes Trinchero.