The River Club redevelopment in Observatory, Cape Town was given the go-ahead by the Western Cape Department of Environmental Affairs and Development Planning (DEA&DP). 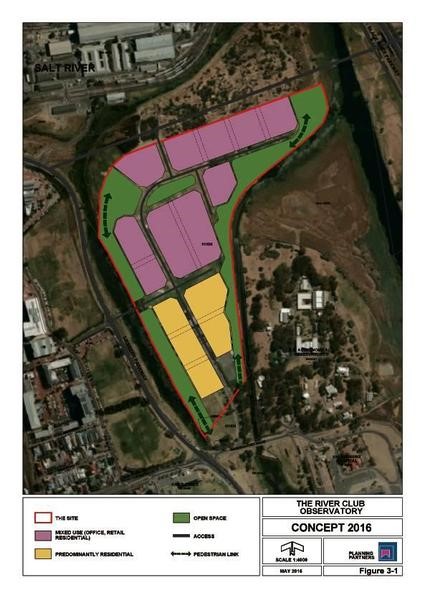 The planned mixed-use development will be a significant boost to the economy and people of Cape Town in the aftermath of the national Covid-19 lockdown. It will create over 6 000 direct jobs, including 5 239 jobs during the construction phase. This will provide a critical lifeline to the construction industry, which has seen the loss of more than 25 000 jobs this year, as a result of the economic recession, which has been exacerbated by Covid-19. The project will also create more than 13 000 indirect and induced jobs. Further employment will be created by the tenants that will occupy the offices, residential and retail spaces that will form part of the development.

The project will also serve as a first-of-its-kind landmark in the City for the First Nations people to reclaim, memorialise and share their heritage with the greater public. The planned Heritage Cultural and Media Centre will be operated by the First Nations people and will provide critical job opportunities to members of these communities. This initiative follows extensive and constructive engagements with the senior Indigenous Khoi and San leaders comprising the First Nations Collective.

The First Nations’ rich history will be further commemorated through the inclusion of symbols central to the First Nation’s narrative in the landscaping, architectural iconography and educational signage in the open spaces. The project will also include an indigenous medicinal garden that will be planted, cultivated and used by the First Nations people, as well as a Heritage-Eco trail and garden amphitheatre for use by the First Nations and the general public, which will provide an ideal platform to celebrate this heritage.

The development will provide a range of socio-economic benefits for surrounding communities. It will provide an opportunity to address the injustices of Apartheid spatial planning and to rehabilitate the current degraded, inaccessible private space into a publicly accessible amenity in an urban park environment, with significantly enhanced ecological value. It will also create significant employment opportunities, anchored by major tenants, and restore and celebrate the First Nations’ rich heritage and history.