Rob Lister has been appointed Managing Director of Build it, a member of the SA Paint Manufacturing Association (SAPMA) and a division of the SPAR Group. 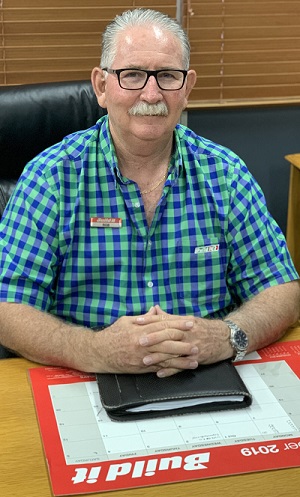 Rob Lister has been appointed managing director of Build It. Iamge credit: SAPMA

Lister entered the building material distribution market in 1984 on the operations front and served on the board of Cashbuild as both the Operations director in the late 1980s and then Marketing and Merchandising director in the 1990s. He joined Build It in 2000 as Marketing director when there were only about 20 Build It stores with a collective turnover of less than R200-million/year. The brand has since grown to a turnover of over R14-billion in retail.

Lister says: “The success of the Build It brand is mainly due to the efforts of the independent retailers and our staff on the ground. I look forward to taking the business to R20-billion over the next five years with the help of my amazing team who has forged invaluable relationships with our suppliers, retailers and staff.”