An Acting Land Court judge has submitted a 22-page research paper, proposing a new model of human settlements to the national government.

Through his research paper titled New Urban Agenda, Dr Wallace Mgoqi, a staunch advocate for justice, is trying to change the landscape and apartheid spatial planning of Cape Town. 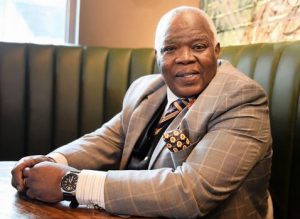 Mgoqi submitted the 5 000-word research document to Human Settlements Minister Nomaindiya Mfeketo. The purpose of the research is to influence government policy in terms of human settlements.

Mgoqi says he would see to it that justice prevailed in spatial planning of towns around the country.

Wallacedene in Kraaifontein was named after Mgoqi for his relentlessness as a lawyer for the oppressed during apartheid.

The research is based on a new holistic and integrated approach to human settlements around the country. The research uses Century City’s mixed-use zoning as a reference point.

“In a sense, it’s a departure from apartheid spatial planning,” he says. “It’s aimed at making life bearable, especially for the majority of poor people, most of whom tend to be located far away from places of work opportunities.”

Mgoqi says he wants to show Mfeketo how such an approach in her portfolio would be implemented. What prompted him to write the research paper was that he had read a book on territorial planning for human settlements and had also come across the history of Century City.

“I happen to know the visionary in property, Martin Gregg who, in 1997, had a vision of building what is now Century City and people were laughing at him, dismissing him as a dreamer. He wanted to build a mixed-use development. And today, indeed, Century City is about 21 years old,” Mgoqi says.

“There is perhaps a need to make a radical departure from that planning and establish new human settlements, which are based on the Century City model of mixed-use sites. With this idea, everything is here.”

The widely read Mgoqi says his idea is also influenced by the US author, advocate Alan Dershowitz.

Mgoqi, a former city manager of Cape Town, is hoping his previous working relationship with Mfeketo on the N2 Gateway Housing Project would make the minister consider his research paper.

“It’s food for thought. As a country, we need to move away from this old model,” he adds.