Motorists and pedestrians making their way around South Africa’s biggest city will soon be monitored 24/7, with no way of opting out, as thousands of CCTV cameras will capture every movement.

This is the future, says Vumacam, a subsidiary of internet fibre giant Vumatel and the company responsible for the rollout. And it’s necessary, it says, if Johannesburg is to shed its image as one of the more dangerous cities in Africa. 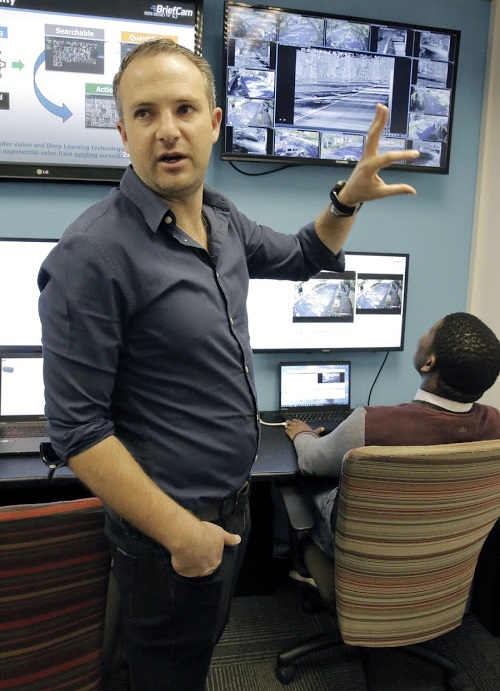 Already, there are more than 1 200 cameras in the city. By this time next year, that number is set to grow to more than 10 000. And lest the project be accused of serving the moneyed – the 60 areas in which it has been rolled out are traditionally affluent – Vumacam chief commercial officer Ashleigh Parry says the company is in talks with other corporates to subsidise a rollout in lower-LSM areas.

The system works like this: Vumacam installs the cameras and links them to its fibre network. Local security companies can then opt in to access the live feed in their areas of operation, allowing them to pick up on unusual behaviour. And sophisticated software will identify number plates, instantly picking up whether a vehicle is stolen or wanted by police.

What determines ‘strange’ behaviour is decided by the security company itself, says Parry. It could be someone strolling down the street outside normal working hours. Or, as the artificial intelligence system becomes accustomed to a typical day in a neighbourhood, it will automatically report behaviour that is out of the ordinary for that specific area.

The system will provide a level of coverage not seen before in Joburg. Though many companies have installed CCTV cameras, such systems have never been integrated. Previously, a car stolen in Dunkeld would not be flagged if it appeared in Randburg; now, linked cameras can follow the vehicle into areas manned by different security companies.

If the system seems extensive, it’s not unusual. Joburg is simply joining other global economic hubs in using surveillance to curb crime. In the UK, there are about two million surveillance cameras – one for every 32 citizens. And in the US, camera surveillance skyrocketed after the 9/11 attacks.

Parry says this the security companies are carefully vetted. They may also not download footage, having access only to a live feed. So, for example, a security company employee cannot download camera footage to blackmail a cheating spouse.

But Vumacam’s Parry refers to the benefits of the technology. She says it’s a fact that cameras deter criminals, pointing to the Dunkeld suburb by way of example: crime there was down 85% following the installation of cameras.