The days of banks suing you in the high court are over: Part 2

National Credit Act matters must go through the much cheaper – and more accessible – magistrates’ courts. This is part 2 of a two part series written by investigative journalist Ciaran Ryan for Moneyweb. The Banking Association will respond on behalf of the banks in the March/April issue of SA Affordable Housing. 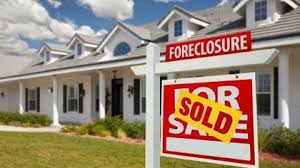 Indicative of this is the banks’ favourite ploy of suing consumers living in Johannesburg in the Pretoria High Court. For those defending themselves, this adds a layer of unnecessary and unwelcome expense: a round trip just to serve and file court proceedings costs between R200 and R300 each time. This is quite apart from the costs of hiring lawyers, which left consumers in a dilemma: pay the lawyers’ fees or try to catch up on the bond and forestall legal proceedings?

Consumer lawyer Leonard Benjamin says the high costs of mounting a legal defence means most cases involving the banks go undefended. After this recent judgment, that should no longer be an issue.

“Late last year a bench of the Pretoria High Court seemed to have brought an end to the practice of banks suing in the high courts rather than the magistrates’ courts,” says Benjamin. “Holding that it was an abuse of the courts and denied consumers access to justice, the court gave a directive that after February 2, 2019, all NCA matters should be brought in the magistrates’ courts unless the bank had been granted leave to sue in the high court, for instance, if the issues were complex.”

This proved to be a pyrrhic victory as banks continued suing their customers in the higher courts, but without the courts’ leave. It was business as usual, with Johannesburg customers being sued in the Pretoria High Court instead of the Johannesburg Magistrates’ Court.

The Grahamstown judgment will make this more difficult.