The title deed for a piece of land on which the owner thereof plans to establish a township lists all the title conditions to which the land is subject and entitled to. 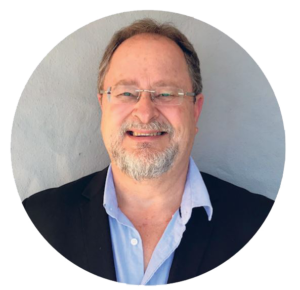 If there are no title conditions noted against the title deed for the land the registered owner has absolute ownership which entitles the owner to use, possess and alienate the land without having to consider due limitations in the exercise thereof.

If the land is subject to a servitude the owner of the land enjoys diminished ownership and his ownership can only be exercised subject to the rights of the beneficiary of such servitude. The servitude may, or may not, depending on the nature and situation thereof, have an impact on the layout of the proposed township because of the way it restricts the use of this land by the township applicant.

Definition of a servitude

“A servitude is a right belonging to one person, in the property of another, entitling the former to exercise some right or benefit in the property or to prohibit the latter from exercising one or the other of his normal rights of ownership.”

In principle there are three main types of servitudes, namely:

Acquisition of a servitude by Eskom

This servitude is usually created by agreement between the landowner and Eskom, and the servitude can be described in general terms without a specific route, or it can describe the specific route which the pylons and electrical power lines will follow over the owner’s land.

This agreement is then converted to a servitude which gets registered against the title deed of the land affected by it, and as and when the land gets sold and transferred this title condition gets carried forward to each new title deed.

“By Notarial Deed Number K2935/1985S the right has been granted to ESKOM to convey electricity over the property hereby conveyed together with ancillary rights, subject to conditions, as will more fully appear on reference to the said Notarial Deed.”

This route determination is not recorded as a title condition against the title deed of the land.  The conveyancer who prepares the conveyancer’s certificate for the land on which the proposed township will be established must investigate if the route of the servitude was determined later after the registration of the general servitude by checking this initial Notarial Deed of Servitude for any endorsements regarding the route determination.

This then identifies the exact part of the land which is affected by the Eskom servitude where the land owner’s rights in respect of his land are reduced or diminished.

“By virtue of Notarial Deed of Servitude No 1454/1961S the right was granted to ESKOM to convey electricity over the withinmentionded property and to construct and maintain a transformator, as indicted by the lines ABC, EF, HJKL, DE and GH and the figure NOPR on servitude diagram SG No 5092/1959, together with ancilllary rights, as will more fully appear from reference to the said Notarial Deed.”

The effect of the ancillary rights referred to in Eskom servitudes

In the wording of the Eskom servitudes there is always a reference that the servitude rights are enjoyed together with ancillary rights.  In the Collins English Dictionary, it is stated that “ancillary” means “additional to something else” which in the case of a servitude must then mean the rights additional to the main servitude rights.

There seems to be uncertainty as to the nature and effect of these ancillary rights, but the final answer to this question relies on the interpretation of the servitude agreement and the registered Notarial Deed of Servitude in terms of which the servitude was registered.

In Pieterse vs Du Plessis 1972 (2) SA page 597 and 599 it was ruled that a servitude agreement must be interpreted strictly and in a manner less burdensome to the owner of the servient tenement.  This principle is subject to the qualification that the nature and extent of the burden must be determined according to the meaning given to the agreement in terms of which the servitude was created.

These ancillary rights then seem to be the right to perform the following actions within the boundaries of the designated servitude area on the land, but always depending on the contents of the servitude agreement:

The impact of an Eskom servitude, registered in general terms, on a township layout

If the location and route of the servitude have not been determined yet since the date of registration of the servitude in general terms and its exact position can thus not be plotted yet, Eskom must be approached to issue a letter confirming if the proposed township is affected or not by this servitude due to its locality.

The impact of an Eskom servitude, for which the location or route has been determined, on a township layout

If the physical location or route of the electrical powerlines can be plotted on the affected land portion the land surveyor must establish if the area affected by the servitude falls within the proposed township establishment area and issue a servitude certificate accordingly.

If Eskom servitudes are registered against the land on which an owner wishes to establish a township it is essential that a proper investigation is carried out to determine the current status of these servitudes so that the impact thereof on the layout of the proposed township can be evaluated and addressed in the correct manner.