Michelle Dickens, co-founder and CEO of TPN Credit Bureau, has announced her resignation with immediate effect, due to personal reasons. 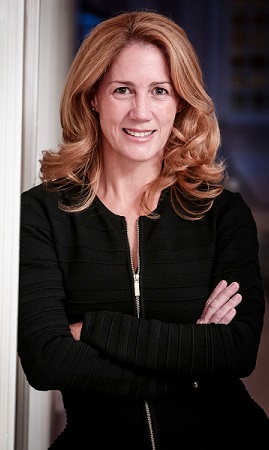 Although Dickens is stepping aside as CEO, she remains a shareholder in the business which she co-founded more than two decades ago at the age of 24.

TPN was the first credit bureau globally to specialise in tenant behaviour. The idea for the business was borne when, as a young property manager, Dickens experienced the frustration of dealing with tenants first-hand, some of whom regularly repeated poor payment behaviour with new landlords.

It was this behaviour that sparked her idea for the first Tenant Profile Network, a network that allowed landlords and estate agents to share rental payment behaviour with one another.

From the outset, Dickens has been determined to turn tenant behaviour into smart data to benefit landlords, investors, and estate agents – as well as tenants themselves – to uplift the industry.

TPN’s database, which includes both the residential and commercial sectors, has grown to become the most comprehensive authority on tenant behaviour in South Africa, in the process transforming the way tenants pay their rent.

Its unique data is widely used in organisations including the South African Reserve Bank (SARB), all the major commercial banks, 70% of South Africa’s listed REITS and industry bodies. The company currently has more than 19 000 clients in the residential, commercial, business and education sectors.

Over 22 years, the business has revolutionised the property industry with the introduction of several innovative solutions such as the creation of the rental payment profile, a global first.

The TPN Residential LeasePack, introduced in 2011, includes specialised lease agreements together with inspection forms, resolutions, mandates and more – all in a single pack. Today, over 5 000 property practitioners use the TPN LeasePack, the most widely used lease agreement in South Africa.

A specifically tailored product for the private and public schools’ market is changing the payment behaviour of parents and guardians. Around 1000 schools collaborate with TPN to reward paid up parents with positive updates on their credit profiles. These rewards have motivated a change in consumer behaviour, encouraging parents and guardians to settle school fees on time which, in turn, has allowed schools to keep teachers employed and their doors open during the pandemic.

Despite her resignation, as co-founder of TPN, Dickens will always be part of the business’s DNA, according to a statement released by the board. Expressing their regret for her departure, the board said they are grateful for her service and fully support her during this time.