Where are the rich pickings for affordable housing?

Home loan aggregator ooba offers the following advice on where the growing market for affordable housing is increasingly locating: 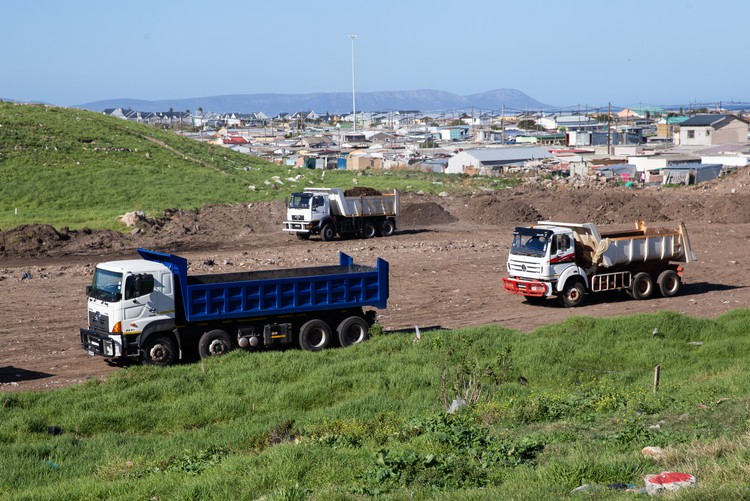 Trucks excavate a piece of land that will be used for emergency housing in Zwelihle. The residents who move here will later be moved to Schulphoek. Image credit: Ashraf Hendricks/Ground Up

Areas that have traditionally been in demand have seen great return on investment but the flipside is a lack of stock or increase in selling prices, forcing people to look elsewhere for low-cost houses for sale in good locations.

Former holiday towns, such as Hermanus, are also attracting more permanent residents looking to invest in affordable housing to escape the city grind, traffic congestion and urban expense. And once private hospitals and schools start being built in those smaller towns, they become even more attractive to those looking for a more stress-free lifestyle away from city life.