A University of Pretoria final-year architecture student has not only been declared the regional winner in the 2022 Corobrik Student Architecture Awards, but also won Best Use of Clay Masonry. Wian Jordaan received a R10 000 and R6 000 prize respectively, and the opportunity to compete in the national awards. 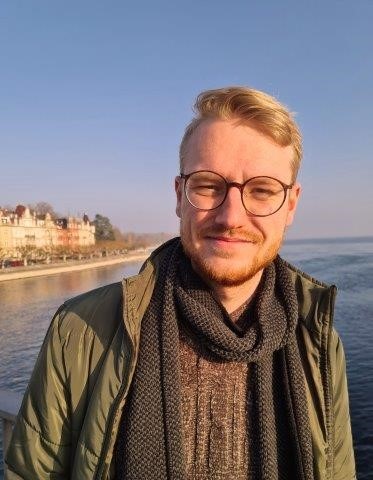 “I am truly honoured and grateful for my work to be recognised and appreciated by academics and professionals whom I admire,” says Wian.

He adds: “I am excited to have the opportunity to represent the University of Pretoria, my fellow students and the reputation of its architecture department at a national level. The Student Architecture Awards not only give recognition to the talent and hard work of students, but also promotes the role of the architectural profession.”

Showcasing talent, creativity, innovation, and inspiration, the Student Architecture Awards is all about jump-starting careers, building the industry, and designing tomorrow. Regional winners are selected from eight major universities, based on the students’ final theses. These regional winners then go through to the national round, where the top title is awarded, plus a R70 000 grand prize.

Entitled ‘The Act of Refuge: Facilitating Spatial Practices of Mobile Urban Dwellers in the Inner City of Pretoria’, Wian’s thesis looks at how daily commuters in the Pretoria inner city are confined to the sidewalk, “a space of transition that promotes anonymity, indifference and transience.” New approaches to space-making were developed to explore how architecture can influence the behaviour of users and their everyday spatial practices by manipulating their perceptions of space to mediate between its lived and conceived dimensions.

Wian highlights that architecture is a unique discipline that not only provides the opportunity to solve real world problems, but also allows for personal artistic expression in the conceptualisation, execution, and representation of space. He adds that the contribution that architecture can make to the improvement and welfare of communities is often underappreciated.

“Healthy urban environments allow people’s everyday lives, identities and rituals to be played out in public spaces. People’s relationship to the built environment and public spaces in the Pretoria inner city are fractured and require alternative solutions.” The project used Montana Travertine face brick and Nutmeg Piazza pavers from Corobrik for internal arcades and courtyards to be perceived as external and public spaces.

“The perception of a space as ‘public’ aids in the facilitation of temporary acts of refuge and appropriation. The use of bricks also played a significant role in how a building responds to the existing urban context of Pretoria,” adds Wian. Corobrik’s Montana face brick specifically complemented the existing blue and grey bricks. “Bricks can be an expression of time, place, and the process of making, which are aspects often neglected in contemporary architecture.” 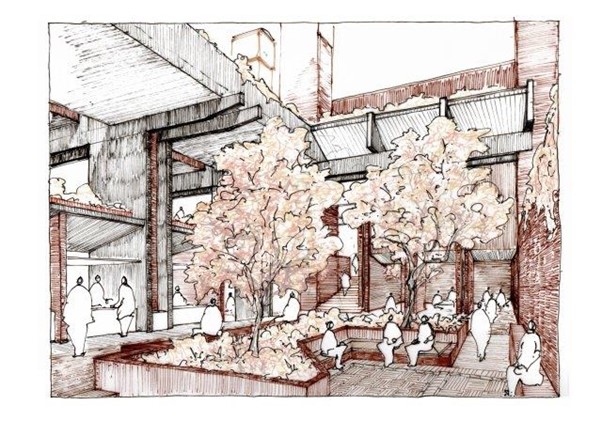 The Act of Refuge by Wian. Image credit : Corobrik

This year the national awards will again be a hybrid event held in May, following a similar format as in 2021. The 2019 awards ceremony was postponed due to Covid-19, with Corobrik instead announcing the 2019 and 2020 winners at a combined event last year. “We are very excited to celebrate the 35th edition of the awards. It has been an incredibly exciting and richly fulfilling journey,” highlights Corobrik Marketing Support Manager Thilo Sidambaram, who herself has been involved with the awards for two decades.

“Our relationship with the awards goes back some 35 years, and it is one that has proved very enlightening for Corobrik. It has added a lot of depth and enriched the architectural profession by allowing young up-and-coming architects to express themselves and show the kinds of directions they believe architecture should be going in,” comments Corobrik CEO Nick Booth. Since 1986, the awards have placed 34 winners on the architectural map, both in leading practices as well as their own firms.

35th Corobrik Architectural Student of the Year Awards: University of the Free State