By Eamonn Ryan for Plumbing Industry Registration Board (PIRB)

It is imperative that plumbers wanting to increase their hourly rate, carefully differentiate themselves with a Unique Value Proposition. This is a clearly stated benefit that your potential customers will obtain from buying your products, and one way is to focus on improving the value of client’s property for them – rather than simply repairing a leak, for instance. 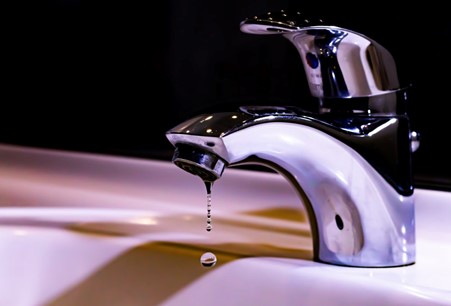 The typical homeowner does not fully understand the gravity of water damage to the value of their home – the plumber does. You can develop a new line of work by ensuring their property does not fall in value due to plumbing issues, and by educating them via social media or a blog on the following.

What impacts the value of a property?

Location, age and condition, how much usable space within the property and economic indicators are all factors which impact the value of a property. Of course, the single most important element that can make or break a property transaction is the condition of the property. Many factors can contribute to the degradation of a property, but water damage ranks high on that list.

When homeowners think of water damage, they might envision damage from catastrophic events such as tropical rainstorms and floods. They picture themselves wading through their living rooms with their salvaged possessions carried precariously on their heads. While this type of water damage is undoubtedly tragic, it is exceedingly rare ion disaster-free South Africa (natural disasters, anyway) and the average homeowner isn’t going to experience it. Instead, what’s far more likely is an irritating, leak that causes home damage with a slow but persistent drip.

Then again, water doesn’t always just drip downwards but can run along horizontal surfaces such as pipes causing damage in places you wouldn’t expect. Further, the damage is all too often located out of sight – under tiled floors, walls, and other tiled surfaces, all of which may need to be pulled out, replaced and then refinished.

Plumbing issues which are likely to trigger water damage:

There are a number of places where water damage first manifests and is visible:

When a storm or flood causes major water damage to a home, the structure of the homeowner’s premises could have issues. Advising homeowners on finding and addressing these structural compromises in the walls, floors, ceilings, and crawl spaces in their home (or doing it for them) can help to minimise the decrease in the value of their home. When visiting a customer, take the time to inspect their home thoroughly for any structural damage, such as rotting wood, sagging beams, cracks in walls, and broken electrical fixtures.

If a homeowner has had water damage from a flood or burst pipe, the water may have damaged the foundation. If there is a basement, floods can cause irreversible damage to the foundation. Foundation issues are not always caused by water, but the water usually makes any foundation issues rapidly worse. If the home’s foundation has shifted and small cracks have formed, water can get into those cracks and erode the foundation. Signs of this will include cracks in walls, sticky doors, doors unable to close, and uneven flooring. This can easily be the most expensive part of repairing a home after water damage, but it is also the thing that will most decrease the value of the home.

After flooding or a serious leak, there is a real risk of mould grow in the walls and carpets. Mould is both harmful to one’s health and can soften the building materials in home’s walls, such as concrete, wood and ceiling boards, which mould feeds on, spreading into the materials and eating through it. The long-term presence of mould can be a safety risk for people who are sensitive to its spores, especially if there is a significant infestation of mould. Black mould, for example, can cause itching, watery eyes, rashes, coughing and other problems.

Biggest challenges of selling a home with water damage?

How to prevent water damage

This is an area where the plumber can educate customers (or advise they get a professional like themselves to do so).