The Giyani water project was meant to supply 55 villages with clean drinking water, but the project has stood shuttered since September last year following a payment clash with the department. 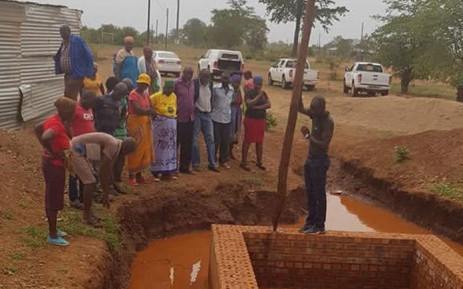 Last Saturday six year old, Nsuku Mhlongo from Homu village fell into an open trench left abandoned by the Giyani water project spurring new action from government who now demand to know who is responsible for the incomplete project.

“The minister of water and sanitation must visit the family of the boy and explain the department’s progress on the project and how the matter is going to be resolved,” said ANC acting spokesperson Dakota Legoete.

“We would like the department to hold an investigation and bring to book those responsible for leaving the construction site unsafe… It has become clear that this is a case of negligence, from either the department or the contractor.”

Khato Civils claimed that it downed tools because the department had failed to pay invoices amounting to R44million, and as a result the company had to retrench about 500 of its staff.

“They are saying that at this point in time they are going to prioritise the payment since a child has died. They are working behind the scenes to ensure that funds are available and for the project to continue,” said Khato Civils spokesperson Neo Molefakgotla.