Changing the face of affordable housing in SA

South Africans have been waiting with bated breath for the past 18 months for the outcome of the national elections, which took its toll on the property market as it adopted a wait-and-see approach. 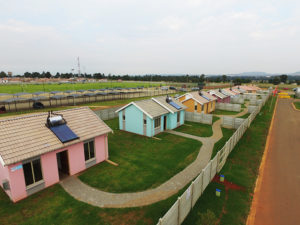 A variety of affordable housing options ranging from 40m2 up to 99m2 houses are available and rental apartments will also be coming soon.

With the sixth democratic general elections now successfully behind us, Cosmopolitan Projects – like the rest of the country – is positive and excited about the future.

Anton Crouse, managing director of Cosmopolitan Projects and Central Developments Property Group, says that the stage is set for the industry to prosper again and that Cosmopolitan Projects is ready to invest billions in the delivery of affordable housing. He adds that with a fairly positive outlook on GDP numbers over the next two to three years and President Cyril Ramaphosa firmly committed to good governance and growing the economy, the only thing that is still needed to truly stimulate the industry, is a cut in interest rates.

Ultimately comprising 17 000 units, Sky City is the largest privately funded affordable housing development in South Africa. Since September 2017 Cosmopolitan has delivered 2 000 homes at Sky City and the total residential project will be completed in phases over the next eight to 10 years at a value of about R10-billion. 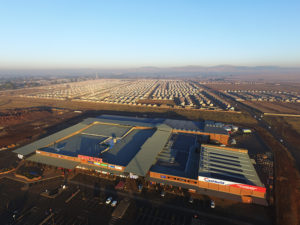 With its shift to mega developments, Cosmopolitan Projects’ approach has evolved into one of holistic property development. Besides 17 000 affordable houses and high-density apartments, Sky City also includes schools and day-care facilities, shopping centres, a public transport hub, filling stations, community facilities, expansive parks and recreational areas and more. It aims to not only provide housing, but rather a comfortable, quality lifestyle, by offering many various amenities apart from just housing.

The civil and electrical services and infrastructure for the entire project total R1.3-billion and will be handed over to the City of Ekurhuleni as the development progresses. The infrastructure for the first two phases has already been completed at a cost of R320-million. These two phases comprise 2 961 residential 1 stands and 534 high density units, a shopping centre, filling station, transport hub, four schools and four social node stands for community facilities.

The affordable independent school, Royal Schools Sky City, opened its doors to its first 650 learners in January 2018 and soon increased to just over 1 000 learners in 2019. The latest addition to this holistic development is Sky City Mall, the regional shopping centre developed by the GMI Property Group, of which the first phase (12 800m² of a total 32 000m²) opened to the public in April 2019.

Overview of the Sky City development 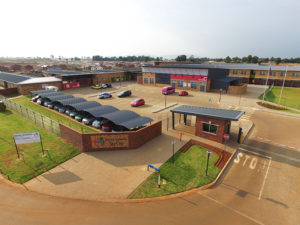 The independent school, Royal Schools Sky City, which can accommodate 1 600 learners, opened in January 2018 and currently has more than 1 000 learners enrolled.

Sky City offers building packages from R492 700 (R5 400 a month) to people earning from R14 000 a month. People earning less than R22 000 a month will also qualify for housing subsidies under the Finance Linked Individual Subsidy Programme (FLISP). The houses range from 40m² (two bedrooms and one bathroom) up to 99m² double storeys (three bedrooms and two bathrooms).

With its planned mega developments solidly on track and along with this unique approach to sustainable property development (which doesn’t just offer housing, but also integrates various other amenities resulting in holistic developments catering for much more than just its residents’ housing needs) Cosmopolitan Projects sets a new standard in affordable housing in South Africa.