The City of Cape Town is this week opposing the legal bid by the South African Human Rights Commission (SAHRC) and Economic Freedom Fighters (EFF) to strike down the existing legal right of landowners to protect property from unlawful occupation attempts without a court order. 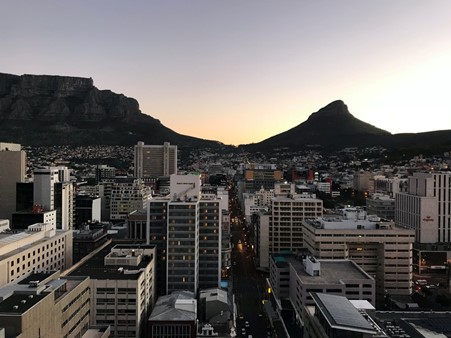 The Western Cape Government and South African Police Service (SAPS) are joining the city in opposing the application. Three new judges are hearing the matter after the initial two judges could not agree on a ruling.

The SAHRC and EFF argue that a court order should first be obtained before a landowner can act to stop an invasion of property in real-time, when it is crucial to remove structures while these are still half-built and unoccupied.

The applicants also want the well-established legal right – known as ‘counter-spoliation’ – declared unlawful. This would remove the existing ability of owners to lawfully retake possession of seized property, without approaching a court first.

The city argues that counter-spoliation is both constitutional and vital for the protection of public land from mostly well-organised unlawful occupation attempts.

It is not feasible to follow lengthy court processes before responding to coordinated invasions, which are often backed by criminal syndicates seeking to profit from illegal plot-selling and electricity connections. In these instances, fully built structures can even be dropped onto sites and furniture thrown in to create the impression of a ‘dwelling’.

Over the last 5 years, the city has responded to protect over 2 826 parcels of land from unlawful occupation attempts, with 993 anti-land invasion operations conducted in 2020/21.

“The SAHRC and EFF are looking to set a very dangerous precedent, not only for all landowners, but also for the sustainability of our communities and cities. The interdict obtained in the first round of this matter has severely impacted the City’s land protection efforts in the face of a huge unlawful occupation spike since national lockdowns began. The Supreme Court of Appeal have consented to hear our appeal against the interdictory relief, and the City is confident that existing property protection rights will ultimately be upheld as both reasonable and constitutional.

“The unlawful occupation of land – mostly by well-organised invasion – leads to severe dysfunctionality in our city. While we continue to drive sustainable human settlements, we need to uphold the rule of law. We owe this not only to the residents of our growing city, but also to future generations who will require land for schools, hospitals, housing, transport infrastructure and community facilities,” said Cape Town Executive Mayor Dan Plato.