Civitas building staff to remain in “unsafe” building for now

The Public Servants Association (PSA) has failed in its bid to force the health department to move staff out of a building they claim is unsafe. 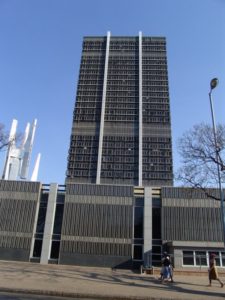 The union took the matter to the Labour Court in Johannesburg on an urgent basis‚ asking that staff at the Civitas building in Pretoria‚ the national headquarters of the health department‚ be relocated following the deadly fire at the Bank of Lisbon building in Johannesburg.

The court dismissed the application stating that it did not have the jurisdiction to hear the matter placed before it.

Judge André van Niekerk ruled that the court had no jurisdiction to entertain “any dispute that concerns a work-related grievance‚ deal with any allegations of unfair employer conduct or somehow exercise general supervisory role over the employment relationship”.

PSA spokesman Tahir Maepa said they were looking at appealing the judgment as they were “very disappointed that the court didn’t listen to the merits of our case”.

“Here is a matter of principle which must go beyond looking at the legal limitations. The court should have looked at the severity of not intervening. Lives could be lost‚ so basically what the court did was to say we can’t get involved now‚ we can only get involved if someone dies,” Maepa said.