Africa’s soon to be tallest building will officially begin construction in Morocco on November 1st. 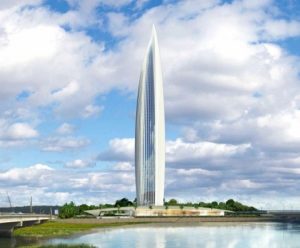 Once structurally topped out, the 250m Bank of Africa Tower will take the crown as Africa’s tallest from the Carlton Centre in Johannesburg, which at 50 stories, and 223m has been the continent’s tallest building since 1973.

The Bank of Africa tower will become the centrepiece of the Bouregreg Valley Development Project, which is itself part of the “Rabat City of Light” project. The district aims to boost the Moroccan capital’s cultural profile with, among other things, the Grand Théâtre de Rabat, and the Maison des Arts et de la Culture, which was begun in 2014.

The 250m building is being developed by O Tower, a subsidiary of Moroccan company FinanceCom Group, and its 55 storeys will host a luxury hotel, office and apartments, with an observation desk at the top.

Designed by Spanish architects Rafael de la-Hoz Arquitectos and Moroccan firm CHB Cabinet Hakim Benjelloun, the building aims for the highest international environmental standards to earn a certified LEED Gold and HQE rating, largely due to the fact that a third of the tower’s façade will be covered with photovoltaic panels