A fence that will one day encircle an R18-million solar farm at Nelson Mandela University is already half way complete, a sign that building on the second largest solar farm in the metro is now underway. 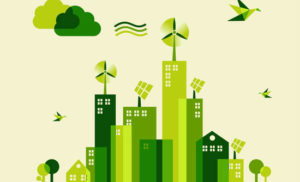 As reported in the Herald when fully functional, the green power plant is projected to provide at least 10% of NMU’s south campus’ electricity requirements.

Once the fence is complete, the bases and support structures will be developed with the entire project set to complete in February 2019, according to the university’s sustainability engineer, André Hefer.

“Apart from the obvious huge financial benefits to the university, the solar farm will also serve as a ‘technology park’ to academic units for technology and other research, another big advantage,” Hefer says.

The new plant, which is one of many on-campus sustainability initiatives, was developed in conjunction with the renewable energies company Tasol Solar.

The agreement sees the university donating the land on which the project rests to Tasol Solar, who will in turn install and maintain the plant for 10 years, while selling the energy back to the university.

Once the decade is up the university will take ownership of the PV power plant and will no longer have to buy the electricity produced.