The City of Cape Town has officially withdrawn its opposition to the Maiden’s Cove review application, effectively bringing the proposed development in the area to a close. 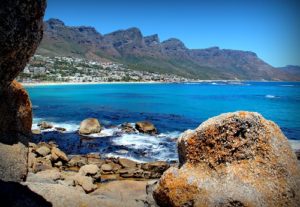 The council of Cape Town had initially planned to develop the area between Clifton Fourth Beach and Glen Beach in Camps Bay with plans for 52 residential homes, a boutique hotel, retail and restaurant spaces and a parking garage for 700 vehicles, but residents objected citing the historical, and ecological importance of the site, as well as the fact that these developments would only reinforce the racial spatial segmentation of the City.

Former Constitutional Court judge Albie Sachs, writing in the Daily Maverick, said that the Constitution and law places, “insurmountable barriers to the realisation of the council’s project” as the council is legally obliged to preserve the area as a public trust (and prohibited from commercial sale on a space beloved by Capetonians); the council cannot devise a commercial plan and then ask for comment; consultations with the public were inadequate; the law on coastal management says public authorities must enhance rather than restrict public access to the ocean; and the development will further divide the city along historical lines of prejudice.

Now the city has announced via a press release that, ‘over the past months we have taken note of the concerns raised by residents, non-profit organisations and others. These concerns relate to the impact the proposed development could have on Maiden’s Cove, and how it could affect those who frequently visit the area. We have heard their pleas, read their letters and opinion pieces, and reflected on their arguments,’ adding, ‘The City has subsequently, and after consulting senior counsel, decided against opposing the review application. The effect will be that the review application will proceed unopposed by the City.’

‘The City has informed the developer accordingly earlier today, 12 October 2018 of the decision and is in discussion with it,’ the release explains.