Concrete has cemented its role in the affordable housing space but is criticised for not being ‘green’ enough.

Much emphasis is put on the affordable housing sector to build homes in a sustainable way; everything from insulation to heating, bricks, plumbing and electricity are carefully planned to ensure that homes benefit residents and the environment.

However, one aspect that is often taken for granted in the affordable sector is concrete, which has been around for millennia. 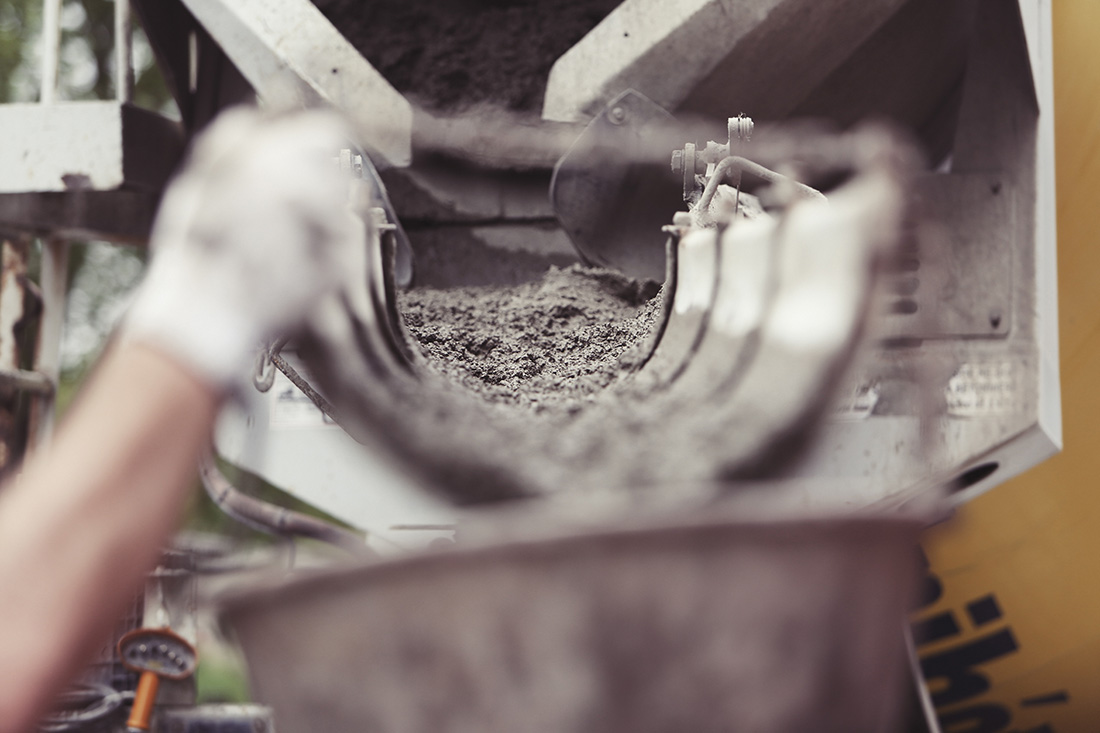 The type of concrete that is most commonly used in our modern built environment was patented in the early 1800s by a bricklayer in England. Known as Portland cement this technique involves cooking limestone and clay in an oven and then grinding it to a powder to make ‘artificial stone’. This cement has helped build tens of thousands of buildings around the world from the Sydney Opera House in Australia to the Burj Khalifa in Dubai.

However, despite its ubiquitous presence, concrete’s environmental credentials are coming under increased scrutiny and the results are less than flattering.

It turns out that the production of Portland cement is one of the single most environmentally destructive activities that humanity involves itself in. The first step in the process is the quarrying of raw materials mainly limestone and clay, which are then crushed. This process creates airborne pollution in the form of dust and these ground materials are mixed with others such as iron ore or ash and are fed into huge, cylindrical kilns and heated to about 1 450C (2 640F). Usually this heat is provided by burning fossil fuels, most commonly coal. This process of ‘calcination’ splits the material into calcium oxide and CO2 and a new substance called clinker emerges as marble-sized grey balls. The clinker is cooled, ground and mixed with gypsum and limestone and this new cement is transported to ready-mix concrete companies. Each of these final steps requires more machinery and therefore more power.

According to the Cement Sustainability Initiative (CSI) it takes 200kg of coal to make one metric ton of cement and about 300 to 400kg of cement is needed to produce one cubic metre of concrete. In 2010, China produced almost 1 868 million metric tons of cement, representing a whopping 10% of the nation’s total coal consumption.

Cement production has increased more than thirtyfold since 1950 and almost fourfold since 1990 alone. On his blog Bill Gates explains that between 2011 and 2013, China consumed 6.6 gigatons of concrete – that’s more than the 4.5 gigatons that the US has used in the entire 20th century.

In 2016 alone, world cement production generated around 2.2 billion tonnes of CO2, which is equivalent to 8% of the global total. More than half of that came from the calcination process. 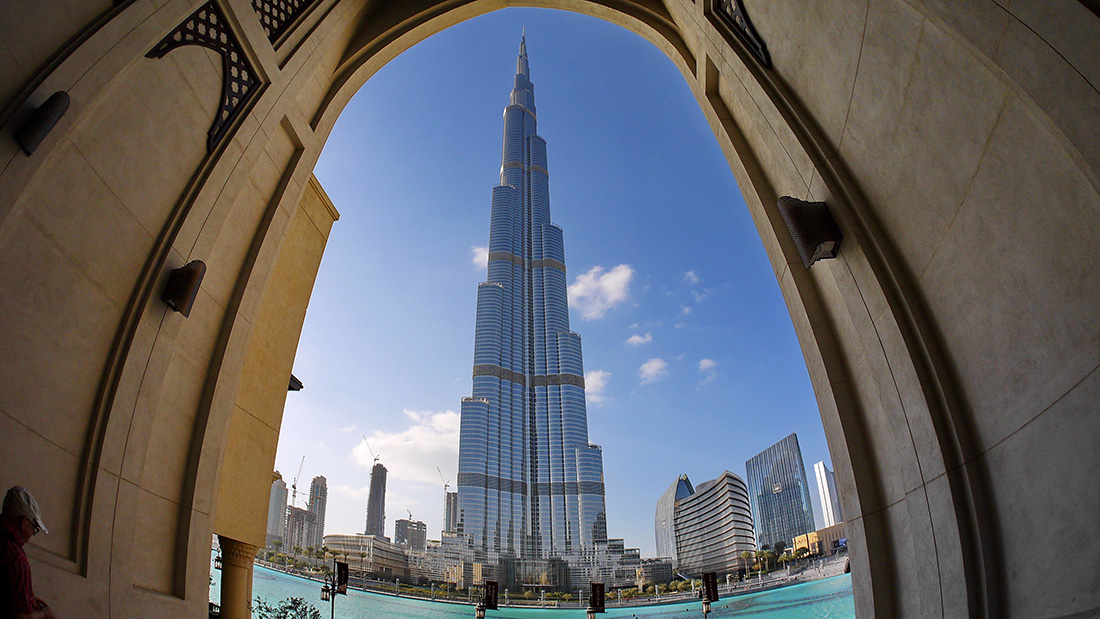 Portland cement was used in the construction of the Burj Khalifa, which at 829.8m is the world’s tallest building. Image: Pixabay.

Together with thermal combustion, 90% of the sector’s emissions could be attributed to the production of clinker.

China is far and away the leading producer of cement and according to a report by the Energy Analysis and Environmental Impacts Division at the Lawrence Berkeley National Laboratory 1.6 million Chinese citizens die each year from respiratory illnesses linked to small particulate matter emissions, of which 27% of deaths are related to cement production.

Excavating sand – a critical input for cement – adds to the environmental costs.

‘Most of the nearly 50 billion tons of sand and gravel mined or dredged every year is used to make concrete,’ according to Vince Beiser in his book, The World in a Grain: The Story of Sand and How it Transformed Civilization – that’s more than enough to blanket the entire country of France.

It’s an inconvenient truth and one that the industry is trying desperately to overcome. But the sector has made progress, improvements in the energy-efficiency of new plants and burning waste materials instead of fossil fuels has seen the average CO2 emissions per tonne of output fall by 18% over the past few decades, according to The Royal Institute of International Affairs based in London (more commonly known as Chatham House).

“Cement is a natural ingredient that, in terms of strength, is far and away better than any of its competitors. For years the industry has looked into finding sustainable alternatives such as fly ash or coal slag, but they just don’t deliver the options, and value that cement does,” Cockroft explains.

According to Cockroft, the areas in which cement can be increasingly less environmentally hazardous are all being investigated.

“The areas we can change, and are already making inroads into, include how the product is transported; the logistics around getting the product from quarry to building site, using alternative fuels for the calcination process, that sort of thing,” says Cockroft who believes that while alternatives may eventually be developed, it will take a long time before engineers, architects and builders trust them as much as they trust concrete, and start to specify them for construction.

In her Mechanical Engineering dissertation at the Potchefstroom campus of the North-West University titled Demand Side Management opportunities for a typical South African cement plant, Raine Tamsin Lidbetter explains how choosing different types of machinery at each level of cement production can significantly lower cement factory power demand.
Among her suggestions is the use of a single pinion kiln drive with an air clutch and a synchronous motor and roller presses and roller mills, in pre-grinding instead of ball mills.

Taking this to the next level the Lawrence Berkeley National Laboratory is investigating electrifying cement kilns to reduce cement’s immense carbon footprint. While WWF China has pushed alternate fuels such as waste straw, used car tyres and municipal waste instead of coal for use in cement kilns.

“Cement is a natural ingredient that, in terms of strength, is far and away better than any of its competitors.”

There are also a number of innovations in the sector which attempt to either replace concrete or use less of it for the same tasks in an attempt to reduce its environmental impact. 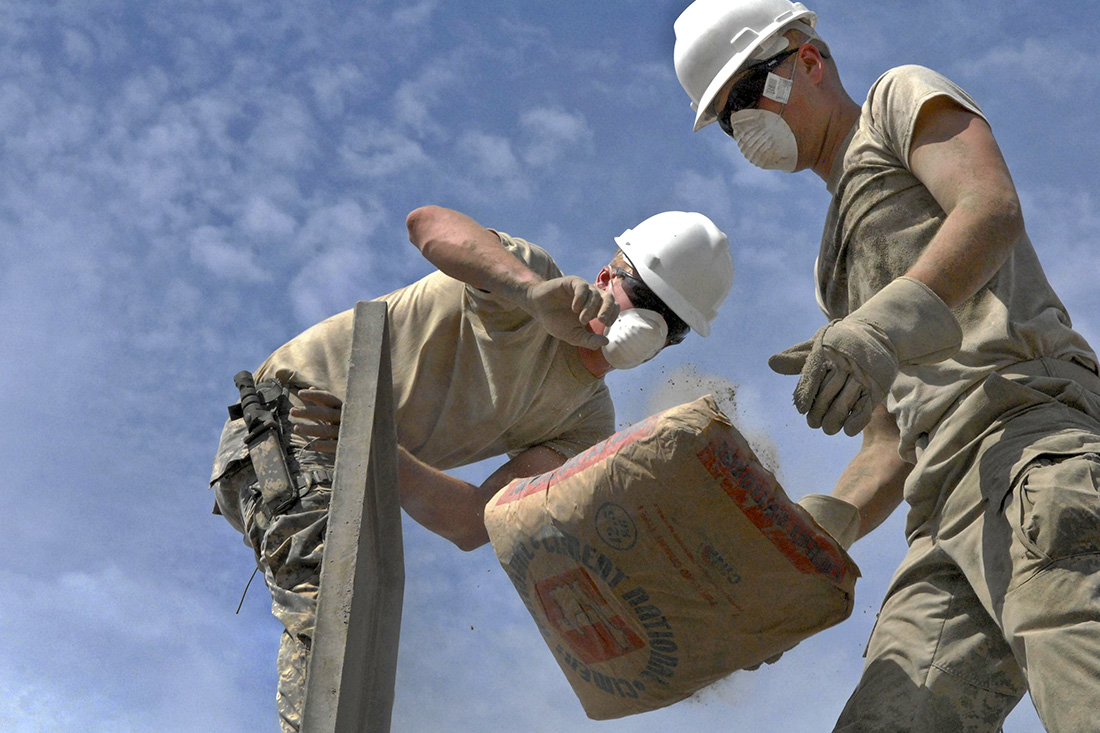 About 1.6 million Chinese citizens die each year from respiratory illnesses linked to small particulate matter emissions, of which 27% of deaths are related to cement production. Image: Pixabay.

The use of recycled materials in making concrete is currently finding increasing acceptance within the industry with aggregate now being extracted from various solid wastes including fiberglass, glass, granulated plastics, wood products and old tyres, among others. In that line Papercrete or fibercrete / fibrous concrete is made by using waste paper as an aggregate material therefore reducing the cement, which is marginally more carbon friendly.

Foamcrete is a lighter, aerated, foam-based concrete that requires less energy to produce. Ceramicrete and glass fibre reinforced concrete are sold as being twice as strong as traditional concrete so builders use less of it, though the actual studies remain inconclusive and Grasscrete is a method of laying concrete in a chequered, cellular pattern that allows grass to grow between the concrete blocks therefore uses less concrete and improves drainage and storm run-off.

Perhaps the most promising alternative is a substance known as Ferrock. Made from waste steel dust, it is normally discarded from industrial processes and silica from ground up glass, the iron within the steel dust reacts with CO2 and rusts to form iron carbonate. This is fused into the matrix of Ferrock and, like concrete after it’s dried, it cannot be melted back into a liquid form but retains its hard, rock-like qualities.

Initial testing at the University of Arizona suggests Ferrock may be as much as five times stronger than concrete and can withstand more compression before breaking. Whether it is cost effective, or able to scale to need is still in question, but the substance’s inventor David Stone (yes, that’s really his name) suggests that even if it is not the exact answer or the most cost-effective solution in the long term.

“It’s a promising starting point for developing smarter technologies that address our insatiable hunger for development and the devastating result it’s having on our environment.”

All the technologies are, however, are attempting to replace cement but no-one has come up with an affordable, commercial-scale alternative for sand yet, something Beiser says will be difficult to change.

“We can however be smarter about our access to it and our usage of it,” he insists.