Consistent lack of QSs in government

Late last year, the Auditor General reported that unauthorised expenditure in South Africa had increased by 38% to R2.1-billion, with the Department of Public Works (DPW) and Infrastructure being one of the departments that received the poorest audit results. While the department is mandated to be the custodian and portfolio manager of the national government’s immovable assets, there are virtually no quantity surveyors within many government departments. 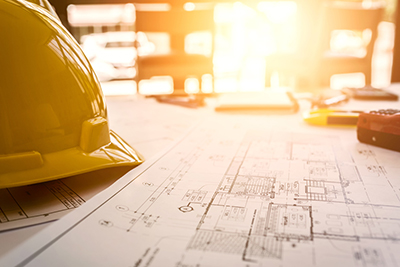 Zandile Makhathini, Chairperson of the Built Environment Matters Committee on the Council for the Built Environment (CBE), has worked in various roles within government departments for the past twenty years. In 2012, she became the head of an infrastructure programme at the DPW and in 2015 she was able to appoint a quantity surveyor (QS) for the first time.

“Before 2015, there weren’t formally appointed QSs at the DPW. After requesting a special dispensation from HR to appoint a QS for my projects, I was able to appoint one at an uncompetitive salary. The lack of competitive salaries for QSs is one of the biggest reasons for the lack of professional expertise within the Department. There is currently only one QS and three candidate QSs who manage the projects that make up the R12-billion budget of the Department,” says Makhathini.

QSs are the built environment professionals equipped and trained to manage the complete contractual and financial aspects of construction projects. They provide key oversight and management that helps to ensure that a construction project is completed within its projected budget by pricing/ forecasting as well as measuring the value of the work done on-site. Makhathini says that these skills are in short supply within the DPW and that built environment professionals who haven’t been trained in cost estimating manage the financials of projects.

“Government departments are at a critical point where they need to recognise that a QS’s skills are specialised and greatly needed on our projects. Engineers and construction managers do not have the same skills as professional QSs. As a construction manager, I’m fully aware of my limitations, which is why I’ve appointed a QS as part of my project team. Instead of expecting engineers and construction managers to excel in cost estimating and cost control, we need to entrust this responsibility to people who have mastered these areas of expertise. Government departments need to make roles for QS available at competitive salaries so that they can control costs and help us derive value from our building projects and assets,” says Makhathini.