NGO Ndifuna Ukwazi has slammed the City of Cape Town for once again missing out on an opportunity to develop affordable housing in the CBD after it dismissed an application for inclusive housing at the City Park Hospital building. 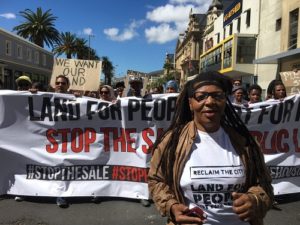 The organisation had called for developers of the soon to be luxury establishment to include some provision for affordable housing in order to correct apartheid spacial planning, but the Municipal Planning Tribunal rejected their claims.

According to Ndifuna Ukwazi co-director Jared Rossouw, “The developer wants to renovate the old Christiaan Barnard Hospital and add 175 apartments in the top, including five penthouses … [and] what they should have done was send it back for the developers to change their plans to send a signal to the sector that the City takes inclusion seriously.”

Rossouw says that while the tribunal admitted the development is not compliant with the law, they passed it anyway.

“We are simply asking the City to comply with the law and do everything in its powers to ensure that we build an inclusive city for generations to come, rather than a playground for the rich,” he says.

This comes at the same time that former mayor Patricia De Lille announced a plan to march to various sites where affordable housing could be built in and around central Cape Town. De Lille has echoed comments by former mayoral committee member for transport and urban development, Brett Herron who resigned last week saying he blamed a ‘white cabal’ in the DA for stopping an ‘affordable inner-city housing development’ in Salt River, which the party has denied.

De Lille says that under her leadership 11 pieces of public owned land in Salt River, Woodstock and the city centre were released for affordable housing, but that ‘opponents against integration’ had ‘mobilised other councillors to block all of these projects’.

“I will show, in the coming week, exactly where those 11 plots are. Those plots have been lying sterile for over 60, 70 years. It’s become a dumping site and we can put affordable housing there for poorer people,” says De Lille.

The DA has laid criminal charges relating to ‘good governance’ and ‘conduct’ against De Lille and Herron following an investigation led by law firm Bowman Gilfillan.