Fined by your complex or housing estate?

Home Owners Associations (HOAs) often implement a number of rules in an attempt to regulate everything from speed limits to noise levels.

This means that it may not come as a surprise to find a white envelope in your postbox with the signature of your Body Corporate and your name just below it. 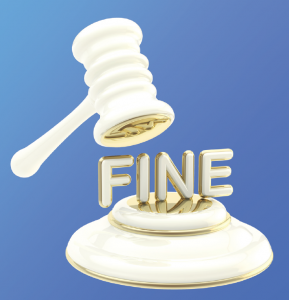 Contained therein is bold red typeface notifying you of a R500 fine for exceeding the 35km/hour speed limit within the estate. After the wave of panic that follows getting caught red handed has abated, a new sense of unjustified indignation follows: what right do they have to issue fines?

According to the law, the Sectional Title Act gives them exactly that right in the form of management and conduct rules, says Adrian Goslett, CEO of Remax Southern Africa. “As with most terms and conditions sheets, most homeowners blindly sign these documents without taking the time to conduct a close reading of the regulations and consequent repercussions contained therein.

“In the same way that homeowners can easily violate these rules without knowing it, homeowners associations can also get away with issuing fines for things that are not stipulated in the rules of the sectional title complex,” he says.

Get a copy of the rules

“A copy of these rules should be readily available to all residents. If you were not informed of these rules upon purchasing within the estate, or if amendments were made to the document without a residents’ meeting to discuss the proposed changes, then you might be able to make a case for having the fine scrapped,” says Goslett.

When it comes to speeding fines specifically, Goslett says that residents should also find out whether the roads within the estate are registered as public roads or private roads.

If public, then HOAs will need to have received permission from the relevant MEC in terms of section 57(6) of the NRTA to put up their own road signs and enforce their own traffic fines.

“If they’ve failed to do this, then they may not issue fines. However, all other regulations regarding public roads are still enforceable. If the roads are registered as private roads, then the HOAs rules of conduct are the regulations that govern these roads and you will have to adhere to them.

“If you did not receive a warning before receiving the fine, then your body corporate is acting pre-maturely and you are justified in reminding them of the due protocol,” says Goslett.

“Governing bodies of sectional titles may only issue fines to the owner of the property and not to the tenant that is currently occupying it. The landlord may stipulate in the rental agreement whether the tenant will be liable for such fines, but the body corporate cannot take it upon itself to decide this,” he concludes.