In the affordable housing space ‘sustainability’ is a huge buzzword covering everything from development methods, to finances and lifecycle costs of the home. So, could sustainable pod homes be the answer?

Over the past few years there have been a number of developments targeted at producing renewable pod style homes that are not only cost effective, but also easy to set up on site and are kinder to the environment.

If you take Malibongwe Drive north out of Johannesburg, past Cosmo city, on the way to Lanseria airport you very quickly find yourself flanked on both sides by large, undeveloped plots. It is here, down a small, non-descript road that Iqbal Hirji and his team at RWPA Solutions have set up a new kind of housing marvel. Designed and developed from recycled chip packets, bottles and other often forgotten plastic waste Hirji and his team have created a series of small, fully-functioning buildings that today house a playschool for local children.

The buildings come in two primary sizes, and while most of the buildings are stripped down to function as a toilet block or storage areas, a few have been done to full specifications that include insulation in both the walls and ceilings, as well as electricity and in some cases plumbing. It’s a design that Hirji hopes to eventually take nationwide to fill the desperate need in the country for low-cost housing.

“We are still at the stage where we are working out the details and estimate they will eventually cost about R150 000 each, but as you can see, the concept works,” says Hirji who also passionately explains that his eventual goal is to ensure that South Africans do not need to live in shacks.

The houses are generally laid out as one large open room that includes a small kitchenette counter, as well as a bathroom that includes a toilet and shower. It’s stripped back and minimalist, but as Hirji explains it is also, “Warm in winter, cool in summer, lockable and safe.”

The homes stand on stilts to ensure that wherever they are delivered they can be set up immediately without any need for earthworks on site.

“The stilts are made out of durable plastic too, to ensure that they can not be damaged by the elements, or eaten by insects,” he says, before adding that these buildings have already received approval from Agrément and are, as such, perfectly certified and ‘fit for purpose’.

On the other end of the affordable housing scale are the Umnyama Ikhaya, which are ‘green sustainable modular houses’. The company boasts that these shipping container based homes are entirely capable of sustaining completely off-the-grid living ‘on the condition that you approach this lifestyle with a conservative angle of no wastage or excess usage’.

At almost three times the price of the RWPA stilt homes, Umnyama iKhaya’s real benefit comes from the cost savings to the owner over the life time of living in the home. If the owner is careful and truly capable of living off the grid then the only costs following initial set up is in maintaining the building with massive savings on electricity, water and effluent removal. The Umnyama iKhaya come fully equipped with all the necessary ‘green devices’ including a 5 000ℓ rainwater tank, which is filled from the ‘rainwater harvesting roof’, a solar pressure pump, a waterless extracting dehydration toilet, which we are assured is odourless, four solar panels and even a vertical farming façade, which would allow the owner to grow veggies, herbs or flowers. 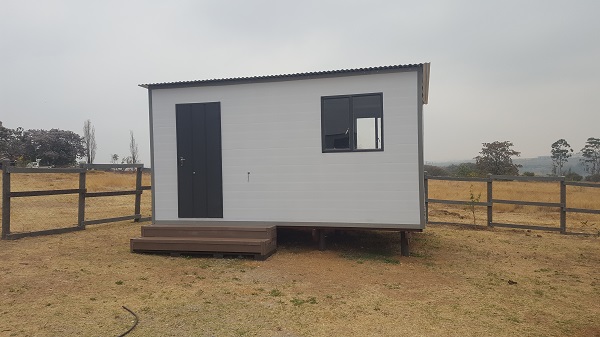 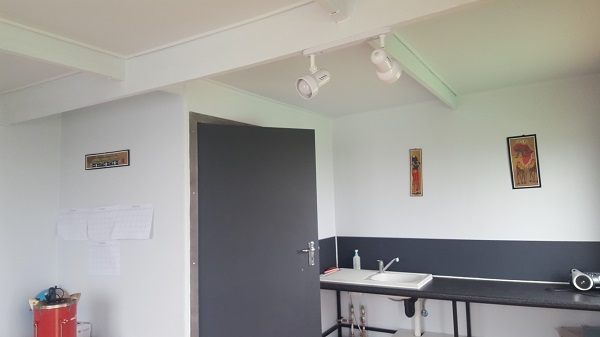 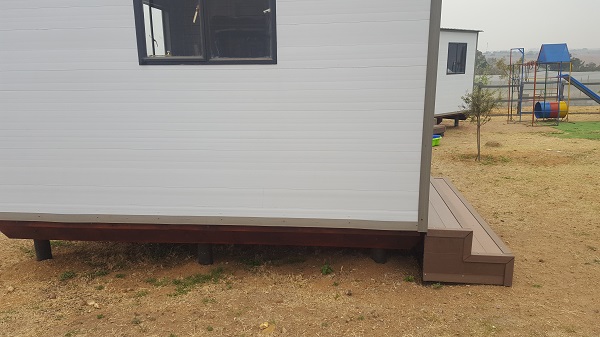 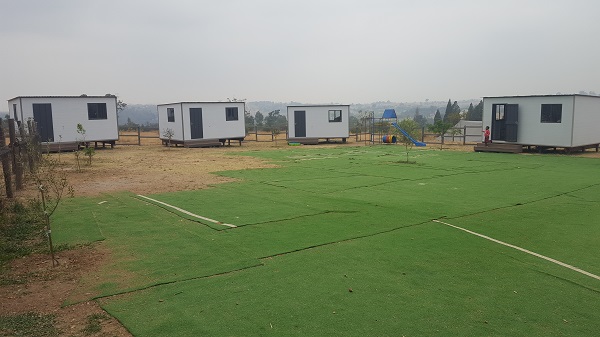 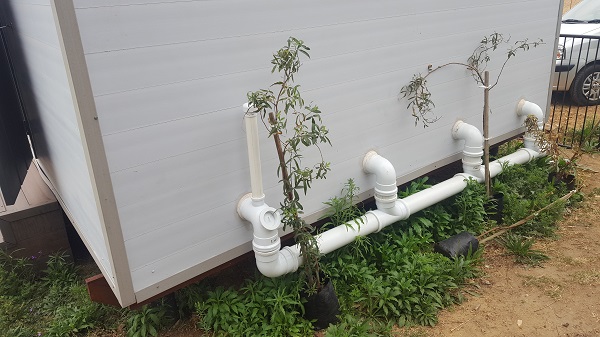 These are just two of the innovative solutions offered locally that take careful cognisance of the environment, as well as provide shelter.

Apart from the obvious green credentials of these two house types, pod homes offer additional assistance to the environment in a number of other more subtle ways. One pod homes tend to create less waste than a traditional building. It’s easier to gauge how much material is required for a prebuilt home since the same formula is followed for each model, and as such building material use can be maximised. Also, since materials are stored in a factory instead of on-site, they’re less likely to be stolen, vandalised or damaged.

Pod homes are also much faster to build than with traditional methods. Studies have shown that by the time a normal building site is prepared, a prefab home will usually already be built. And since building takes place indoors, weather delays do not pose any problems.

Internationally green pod homes have been designed to take local climates into account. Back in 2011 a group of Indian architects headed by Komal Gupta, developed a modular pod home they suggested would be ideal for the Philippines. That country is often battered by typhoons, floods and tsunamis and as such their design centred around building a central, weather resistant core, around which modular pods made of simple bamboo would be gathered. The idea was that while the interior weathered the storm, the outside pods would protect the core, and in the worst weather likely blow away, but would ultimately be extremely cheap to replace. This interior strengthened core holds all the necessary elements like water lines, power, staircases and each apartment’s kitchen and bathroom. This would ensure that the worst scenarios of massive floods like disease, or starvation could be hugely decreased.

In Vietnam H&P architects have also turned to bamboo for their modular pod home design. The challenge they face is that the area they build in can be both extremely hot and also flood fairly regularly. Their solution is to develop a home-made of light bamboo, leaves and recycled oil containers, that when faced with a flood simply floats. In extreme hear the roof flaps can be opened up like the petals of a large flower thereby providing shade, while also cooling the home. One wall of the home is also turned into a vertical, hanging garden made from rope and bamboo trays. While these homes are not something that would pass the muster of strict building codes, it is an interesting take on the problem and at just R30 000 each, they have become very popular in that far-eastern country.

Built to more exacting standards is the ‘pop-up house’ designed by French architecture firm Multipod. Made from entirely recyclable materials the home can be built by a small team of builders, armed only with screwdrivers in just four days, and is so well insulated it requires no heating at all in its location in the south of France. Compared to other pod houses of its kind it is extremely large, coming in at 150m2 but it is also expensive costing almost R600 000.

To house the world’s homeless population we are always going to turn to innovation, and if these homes are anything to go by, there are plenty of innovative solutions to go around.