What possible solutions are there to this sensitive conundrum given the various and sometimes major challenges to developments?

Are we going to be able to solve our housing backlog and what timeframe are we looking at realistically? The topic of location has been addressed as far back as the 1980s in South Africa, and historically apartheid spatial planning has been the most common denominator in the results. 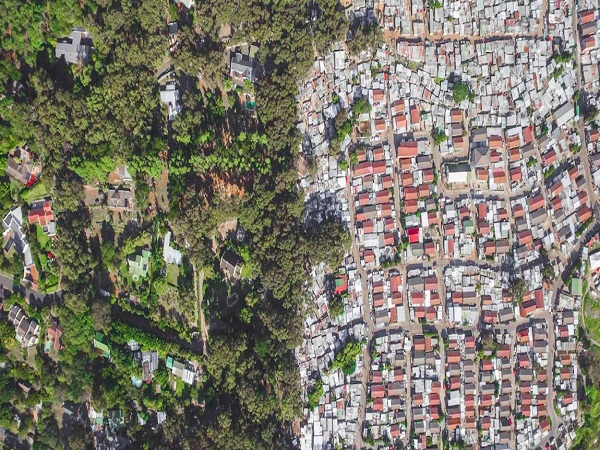 The location of affordable housing developments has been addressed for more than 20 years already.

Today’s South Africa sees us looking at our challenge of affordable housing in a different light. Not only is the availability of suitably located land a challenge but also the infrastructure to support the developments.

As we already know infrastructure progress has basically come to a halt over the last year and this has a major impact on developments in terms of services and access. The rate of people moving to cities to seek opportunities has become a hot topic over the years, and ways to solve the housing backlog going forward.

I myself find it particularly odd that after all of these years the topic of location has been discussed, that we are still searching for the right and appropriate model that is suitable for South Africa given the seriousness of what we need to achieve – the delivery of a backlog of houses exceeding two million. Here we are still fortunate to have vast amounts of land, albeit not as close to economic activity as we would like, but when we compare to countries like Japan who have very little ‘space’ they still excel at efficiencies across multiple industries. We have a world of resources, but still solutions are not finding their way to the people of the country.

So, why are we struggling with this location beast?

Land re-zoning has been tabled a lot and specifically it takes a lot of time. Discussions with some developers conclude that it has taken almost two years, for example, to change the zone from agriculture, commercial or light industry to residential. There is speculation around this but officials believe ‘this is because of the regular changes that occur in government departments. A typical example is that when there is any change in management, the new appointee also brings in their own preferred team to work with and this then extends the timeframe for any progress, as it takes time to settle and get things going again. This is clearly not an efficient process but as soon as we start getting things right these types of changes occur’, I was told.

Statistics show that the amount of available land is also diminishing at a rapid rate as it falls onto a pool of competition for various lifestyle developments or needs of communities. In some regions, such as Cape Town, suitable land is just not available anymore, further stressing the situation. When land is eventually earmarked for affordable housing, developers then see existing community resistance, as it potentially devalues their investment and they have to engage in community negotiations. Another totally different story is if the land has been illegally occupied. Developers find themselves having to lay out resources and costs to re-locate illegal occupants, often resulting in stressful and sometimes violent interactions.

Some metros, such as Johannesburg, have embarked on a drive to clean up old buildings in the city such as deserted factories or office buildings and re-purpose these into affordable housing units, partnering with private developers on a customised contract basis.

“The challenge with these is that many of these buildings are also already illegally occupied and temporary relocation is required which means more space is needed that we don’t always have,” comments an official from City of Johannesburg. On speaking with contractors, from an implementation point of view the challenge comes through the fact that these buildings need to be gutted and there are not always suitable solutions available such as services and sanitation as the buildings were not originally designed for living.

Land reform, specifically related to expropriation without compensation [which is still in the air at time of publishing], has also recently had a major impact for developers and investors alike. “No one wants to invest this sort of money we talk about in developments that essentially go into the hundreds of millions of rands, only to be faced with uncertain outcomes. “For any businessperson, management of risk is vital but when you don’t know what risk you are trying to manage the water become cloudy and this is never a good outlook no matter how suitable your development is to sustainable living,” another source comments.

Infrastructure, as already alluded to, is another major source of concern as although there has been zero movement in the last year, people are still flocking to the cities. This not only leads to the overloading of road networks but puts increasing pressure on electricity supply as well as the life-giving resource of water.

“Sewerage systems and wastewater treatment facilities are also either stressed or non-existent and also cause backlogs with delivery of homes to the people, particularly in newly developed areas even alongside existing residential areas,” a wet services engineer says. “As an example of this our units are all complete and ready but we are still waiting for the municipality to connect our development to the sewerage system. We have even offered to get our own professionals to do the work but they declined,” another developer comments. This proves another major challenge for developments that are complete but the infrastructure to support is lagging.

On the positive side, government and the private sector are working together to find appropriate solutions and are regularly engaging with scholars, university professors and international experts to create and evaluate case studies for sustainable living. “We may see a change in the dynamics of sustainable affordable housing models, the resources and infrastructure planning and bringing the required opportunities to the communities rather than the other way around,” a professor says. We are also seeing a very big drive in alternatives to bricks and mortar that now open up further opportunities to solve the housing backlog in a much shorter timeframe.

Location is but one small element of solving the challenge and referring to an internet motivation – ‘if the plan doesn’t work, change the plan but not your goal’. This can be applied to any situation so perhaps thinking outside of the box is what we need. The world can only progress with creativity but let’s not ever forget about quality.