The expropriation of land without compensation debate has resulted in a significant slump in demand for affordable housing, with many aspirant homeowners believing they would be getting homes for free. 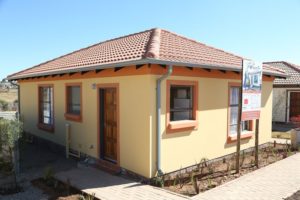 Tom Gillham, the chief executive of E Home Loans, a specialist affordable housing mortgage originator that is part of the BetterBond, said yesterday that demand in the affordable housing market in Gauteng was down by about 40 percent in the past two months.

Gillham said the slump was widespread and had also impacted their major competitors. He attributed the slump to the debate about the expropriation of land without compensation.

“There is an ugly undercurrent where I would say it’s political and people have been told don’t buy now because you are going to get a house and land for nothing,” he said.

Derek Steyn, an executive director of Calgro M3 Holdings, said there had definitely been a slump in the affordable housing market in Johannesburg, but Calgro had inexplicably achieved record sales in the past two months in Cape Town.

Steyn confirmed that the expropriation of land without compensation debate was a factor in the slump in demand for affordable housing in Johannesburg.

“That is most definitely the reality. We have first-hand experience of it, had attempted invasions of some of our units and tenants also thinking about stopping paying their rentals, because they also might get units for nothing.

“That is a national trend we see happening all over the country now. It’s a problem. We have had attempted invasions on every single project that we have got,” he said.

Steyn said they were very fortunate in that they did not have a single unit that was illegally occupied, but had very actively monitored their projects to ensure nobody got illegal access to their units.

“Unfortunately, security costs will be more going forward until such time as the government can make it clear to everybody what their process and thinking will be in regard to this,” he said.

Michael Hartman, chairperson of Saarda, said political insecurity in the country had definitely caused a slump in demand, together with promises by certain political parties that people should not buy houses, because they were going to be free.

“There is a lot of uncertainty and developers are nervous to buy new development land for projects going forward, because of the uncertainty,” he said.

Pierre Venter, the general manager human settlements at the Banking Association of South Africa, said he was “astounded” that there had been a slump in the affordable housing market. He said the association’s members had not informed him of any downturn.

A Constitutional Review Committee is scheduled to report back to Parliament and make recommendations about any proposed amendment to Section 25 of the Constitution to allow for expropriation without compensation.