Cannabis in the workplace

Since the legalisation of the possession and use of cannabis for private purposes by the Constitutional Court, many concerns have been raised about what this would mean in the workplace. 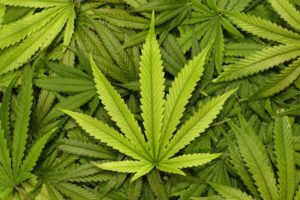 Employers want to know how they will ensure that people do not come to work under the influence of cannabis, while employees fear they could be subjected to unsafe and unwarranted behaviour from colleagues who then attempt to blame the legal use of cannabis at home as the catalyst and expect to be exonerated from their actions as a result.

Michael Opperman, CEO of Omni Labour Consultants, explains that employers must ensure they have policies and procedures in place to ensure that employees are sober at work.

You have to read and understand the judgment of the Constitutional Court very clearly in this regard. Judge Raymond Zondo said he had “concluded that the limitation is not reasonable and justifiable in an open and democratic society based on human dignity, equality and freedom”.

He then made an order declaring the relevant provisions about the use of cannabis constitutionally invalid where it criminalises the use or possession of cannabis, in private by an adult for personal consumption. It is clear that the private use is allowed and the argument would be about when the use of cannabis is private.

To start with, “private” would not mean any public place or place of work. At the workplace, the Occupational Health and Safety Act (Act 85 of 1993) and Regulations 1031 section 2A would apply regarding intoxication.

According to section 2A, an employer should not permit anyone who is, or who appears to be, under the influence of intoxicating liquor or drugs, to enter or remain in a workplace. People in a workplace are not allowed to be under the influence of or have in their possession, use or offer other people intoxicating liquor or drugs.

Employers can only allow people who use medicine to perform duties if its side-effects do not constitute a threat to the health or safety of the employee or other employees. Therefore an employee, who is contractually bound to the employer during certain hours, has to adhere to the employer’s rules, regulations and policies in the workplace, including undergoing the same or similar sobriety tests for cannabis as with any other narcotic or alcohol-related transgression.

The most important aspect is that employers’ policies should embrace the concept of sobriety in the workplace. There should be a zero-tolerance policy for any use of non-medical, controlled, mind-altering substances.

If recent usage can be determined by testing the employee, any employee entering the workplace with a trace of alcohol, cannabis or any other non-prescription drug would fall foul of company policy, as well as the regulations made in terms of the Occupational Health and Safety Act. The same or similar sobriety tests can therefore be conducted in the workplace for being under the influence of cannabis as with any other narcotic or alcohol related transgression.

Section 8(1) of the Health and Safety Act states that employers should provide and maintain, as far as possible, a working environment that is safe and without risk to the health of their employees. It is common cause that the enforcement of sobriety is reasonably possible.

The consequences for employers allowing someone to work with tools and clients outweigh the risk of tolerating the use of cannabis at work or its presence in an employee’s system when at work, because the employer carries the risk if anything goes wrong.

However, safety is not the only possible motive for an employer to have zero-tolerance for alcohol or unauthorised narcotics in the system of an employee at work. Other aspects of working when under the influence of any mind-altering substance include that it could affect an employee’s better judgement in terms of social transgressions, such as bringing the employer into disrepute when inappropriately dealing with a client.

There is also the possibility of miscalculating in terms of accounting, stock and design, which could be regarded as not acting in the best interests of the employer, or negligence in performing designated duties.

The legalisation of the private use of cannabis therefore does not in any way exonerates employees from their duties at work, the policies applicable in the workplace and the legislation that governs misconduct as a result of being under the influence of cannabis at work.